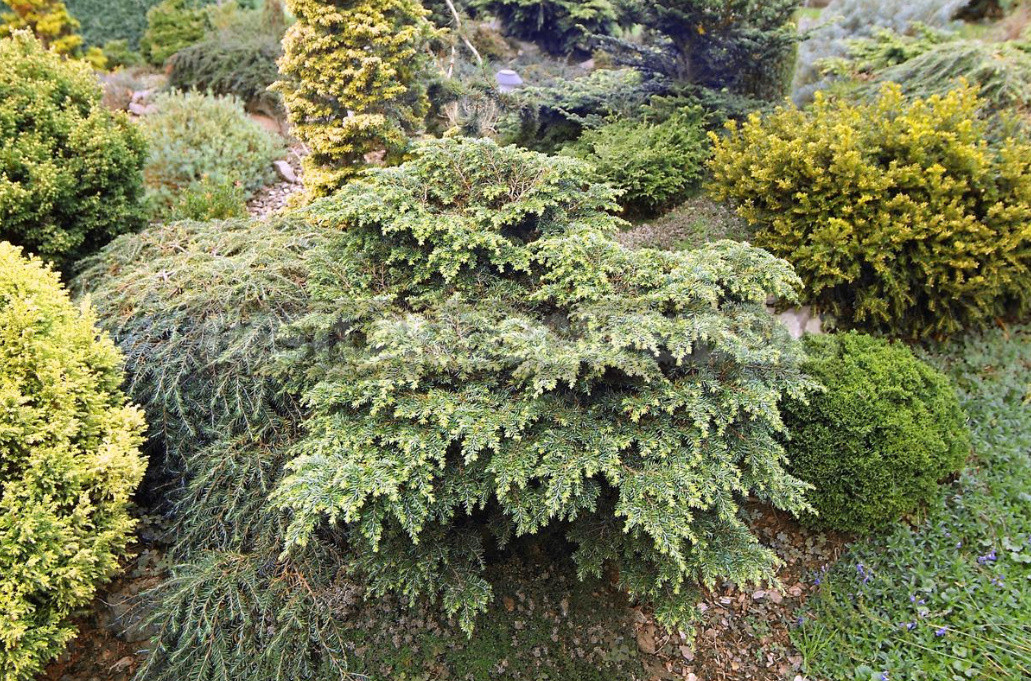 Miniature conifers are gaining popularity among Amateur gardeners. They perfectly complement the composition of stone, decorate small gardens and do not grow much over time. The latter quality is especially valuable because in a small area you can plant dozens of plants and watch their development for many years.

Miniature, or dwarf, consider coniferous, not exceeding 1-1. 5 m in adulthood.

What are the advantages of “dwarfs”

The advantages of miniature conifers are undeniable: they do not require any pruning or shearing, independently acquire and retain a compact dense shape. They do not need additional care, do not require fertilizers and are unassuming to soils and growing conditions.

Since miniatures, even in adulthood, rarely reach large sizes, they usually spend the winter under the thickness of snow, which means that there are no problems associated with preparation for winter and spring burns from sunlight. Wintering under the snow gives a chance to grow miniature varieties of even such conifers, the original species of which are not hardy in our climate.

Where do miniatures come from

The origin of dwarf varieties varies: most are obtained from cuttings taken from “witch brooms”, some are found in nurseries among the mass of seedlings. Breeders also collect cones from them and make crops in which unique miniatures appear. Sometimes apply artificial impact on gene material. 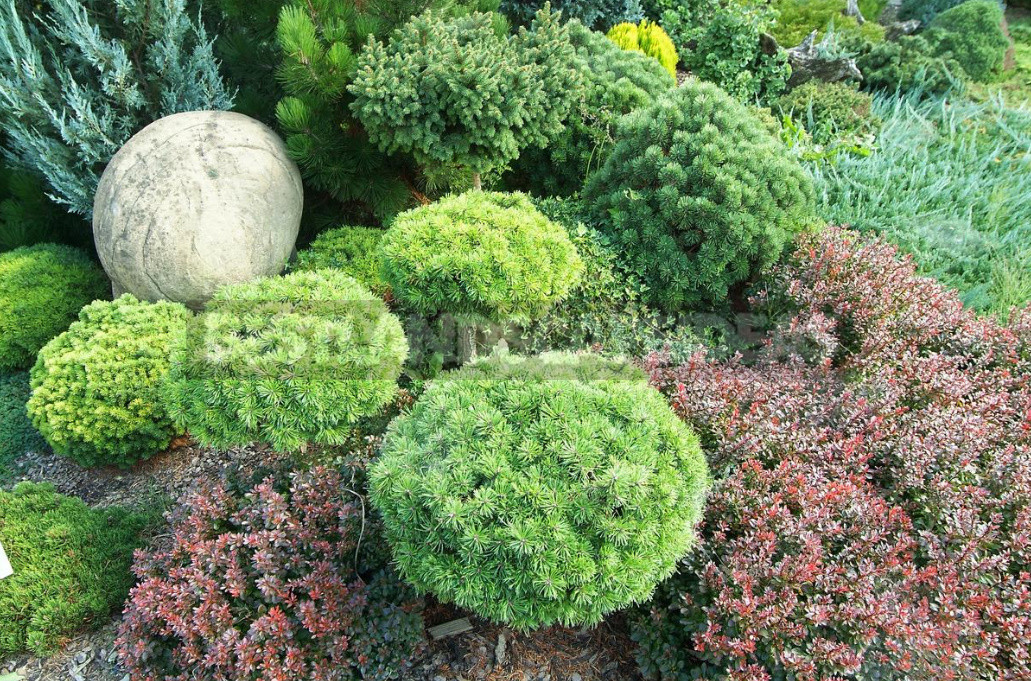 Of course, numerous attractive anomalies are found directly in nature. Some findings have spread around the world and have become classics-for example, popular varieties of Pinus mugo – ‘Pug’,’ Dwarf’, ‘Hampi’, ‘Ophir’.

It is surprising that the number of varieties of Pinus mugo is measured by thousands of names, and this list is updated annually by the efforts of Amateur enthusiasts! Many of them are similar as two drops of water, but some stand out something special. For example, the variety ‘Fructata‘ is densely strewn with small cones, the variety ‘Midget‘ has unusually short needles, the variety ‘Nerost‘ forms a flat cake, the variety ‘Jacobsen‘ resembles bonsai, the variety ‘White Bud‘ stands out with bright white buds.

In sale often meet mountain pine with prefixes “mugus” and ” pumilio.” Here it is necessary to explain: these names are not varieties of mountain pine, these are two common natural forms that naturally occur in crops:

In nature, both forms occur simultaneously, but depending on the conditions of growth, one or another form is fixed, sometimes both at the same time. In nurseries, young seedlings of mountain pine are conditionally divided into these two categories, grown and sold under the appropriate names.

The best varieties of miniature conifers

I will list some miniature coniferous, stable and attractive. Good without exception, all varieties of Pinus mugo, Pinus sylvestris, Picea abies. 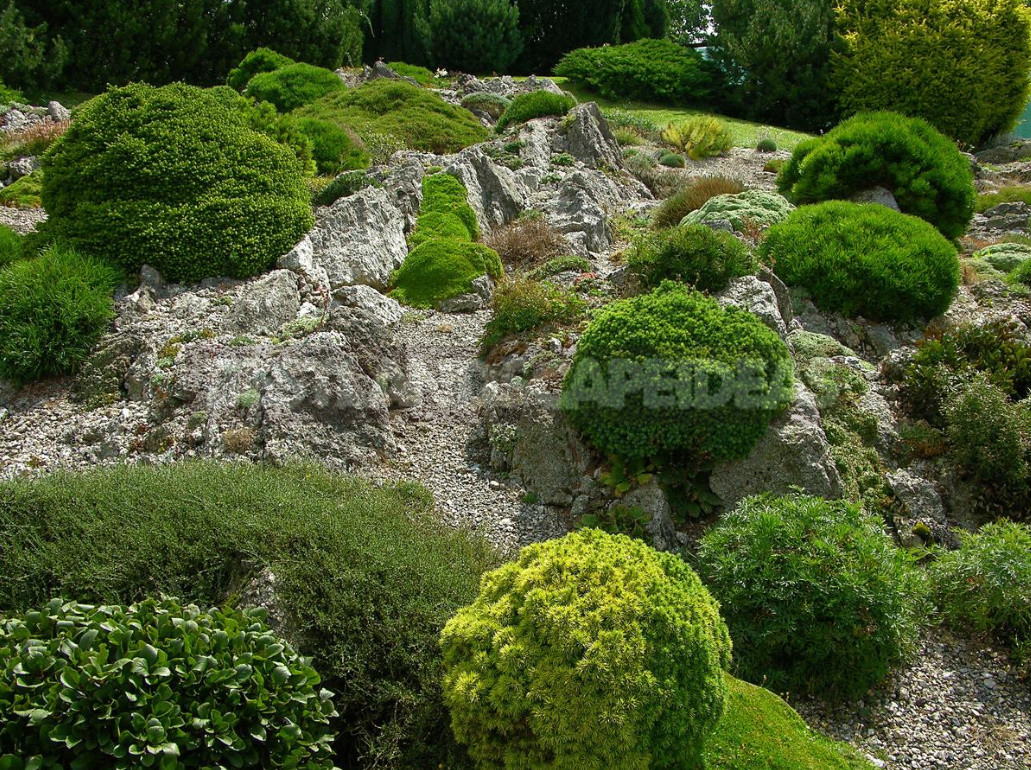 All of these plants prefer full sun or light penumbra, in such conditions, they retain the compactness of the form and brightness of needles. And what to do if the site is shady, what miniature conifers are able to grow in the shade of trees, endure the lack of sun? 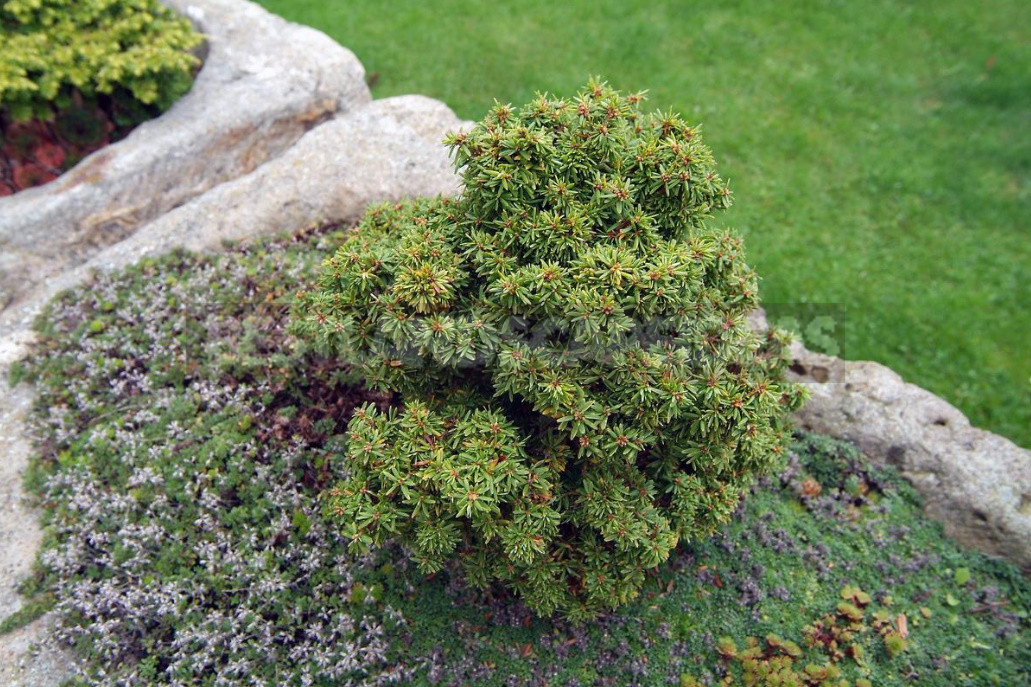 For such places, the ideal choice will be cypress and Tsuga, their compact varieties. The range of mini-conifers for shade is large enough, but still poorly represented on the market, and in fact among them there are many beautiful and exquisite plants. Chamaecyparis obtusa varieties are among the undisputed favourites for the shade garden.

Many gardeners burned, having failed with the popular “bear” – variety ‘Nana Gracilis’, and vowed not to mess with cypress trees of this species, and there are more than 150 miniature varieties Chamaecyparis obtusa! Problems arose against the background of lack of information and lack of experience in growing in the middle band, but now it is possible to formulate simple requirements for successful cultivation.

Chamaecyparis obtusa varieties are planted in the shade, and so as to avoid direct sun in the middle of the day and early spring, during the melting of snow. Chamaecyparis obtusa varieties are able to tolerate even thick shade. The soil for them should not contain clay; the soil should be made of sand for two-thirds and one-third-from a mixture of garden earth and riding (red) peat. It is this poor soil provides a smooth transition in the spring to the state of vegetation without damage to the crown. In the dry months of the cypress requires regular spraying and watering.

Similar conditions will like Tsuga canadensis, but the soil for it is prepared richer, with a high content of humus and leaf humus.

From mini to micro

It is appropriate to note a special category of conifers of small size-superminiature plants that reach the size of a tennis ball for 20 years or more, with annual increments measured in millimeters. The fascination with plants “Supermicro” is relatively young, but in recent years is gaining enormous popularity in Europe.

You can meet such coniferous pearls in small rocky gardens near the main entrance to the house, in rock gardens, in special rocky mixborders, in troughs made of natural or artificial stone. Kids are also appropriate in compositions in the Japanese style, imitating gardens in miniature.

READ  Mow Or Not Mow The Lawn 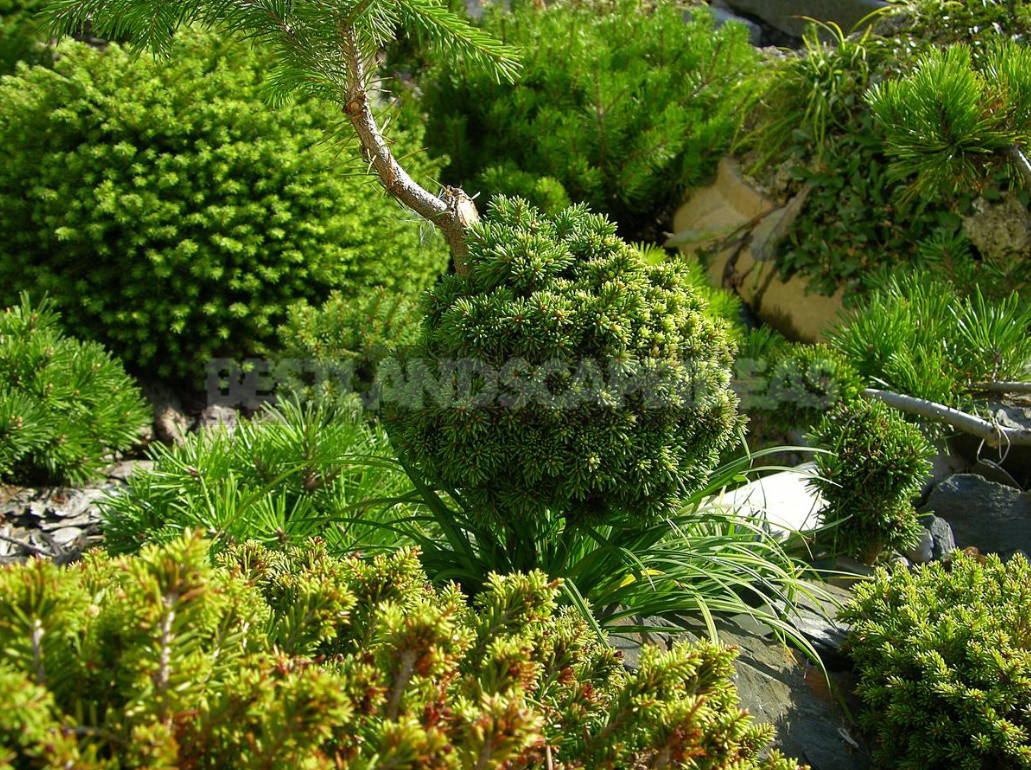 Most varieties are derived from “witch brooms” found on conifers of almost all species. An interesting fact is that for many years of cultivation of “witch brooms” they revealed secondary brooms, the size of which is absolutely negligible. It is such plants that are especially valued in the vanguard of horticulture.

Here are some varieties of superminiatures that can be recommended for the climate of the middle band:

Even among junipers there are varieties suitable for the smallest gardens:

Sperminator difficult to replicate and, as a rule, propagated and passed from hand to hands of Amateur collectors. This is due to the specifics of development: for a millimeter graft to reach at least 5-6 centimeters in diameter, it sometimes takes up to ten years of careful cultivation, which certainly limits the commercial distribution of micro-exotics. That is why they are rare or fabulously expensive in nurseries. 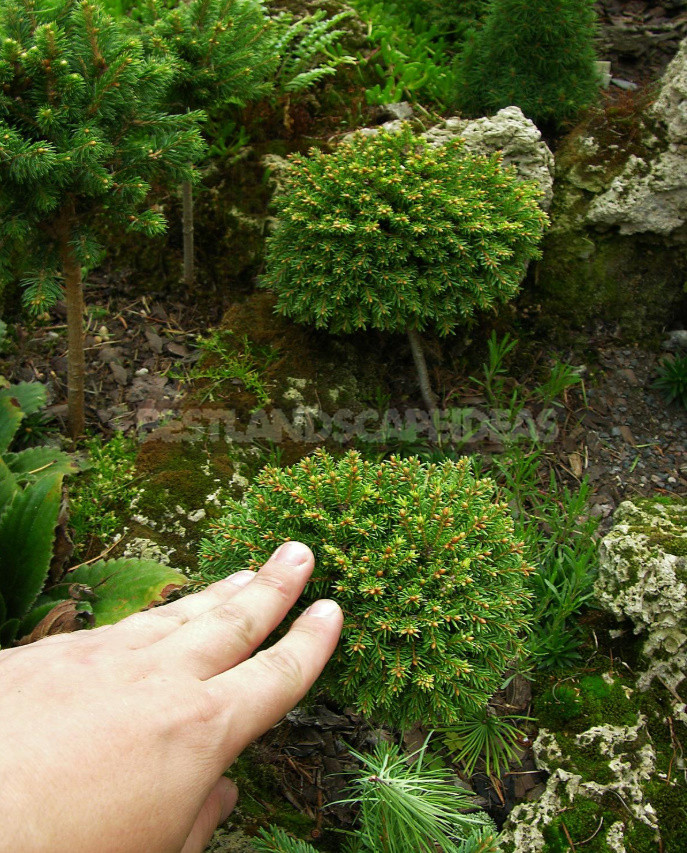 In addition, when growing “micro” it is necessary to preserve part of the rootstock for many years. The fact that in such negligible size needles metabolism in plants are very slow, and they cannot secure dynamic SAP for their livelihoods, it requires the help of the rootstock. Over time, the rootstock is removed, but there are some particularly small and exotic varieties for which the rootstock is preserved for life.

Zaryadye Park in Moscow is a Unique Object of Modern Urban Environment
Dry Creek is a Stylish Garden Decoration
Beauty Out of Season: Trees and Shrubs with Unusual Bark
Roses in the Garden: Classical and Modern Compositions