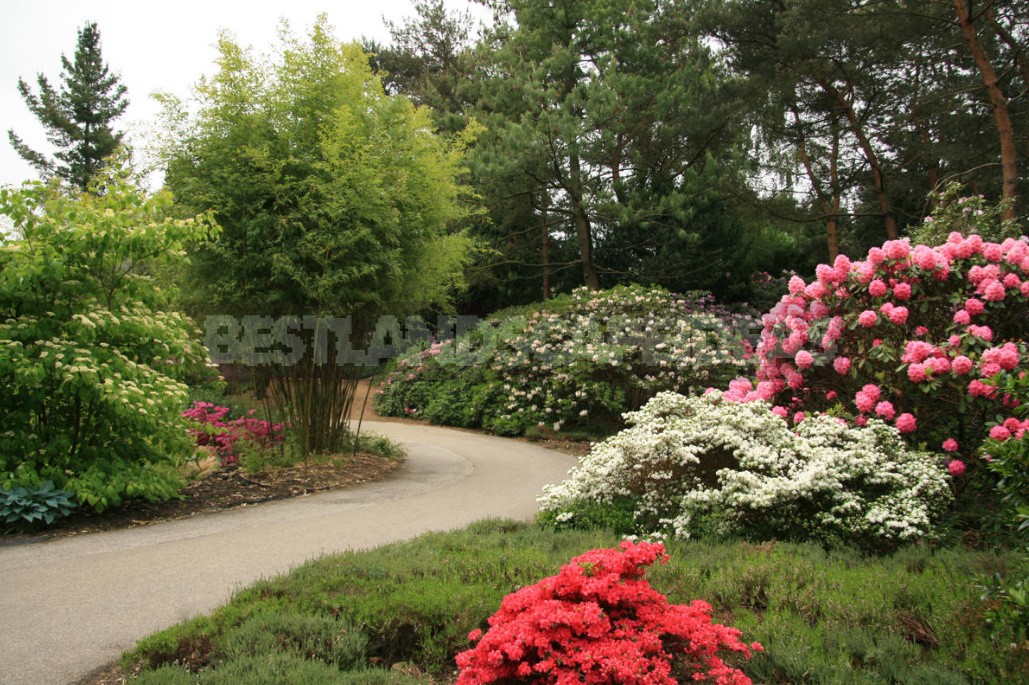 Often from the owners of a young garden you have to hear an almost fantastic phrase: I want a bright, diverse garden, blooming and fragrant, but does not require constant and vigilant attention, tedious care, daily weeding, loosening and endless transplants. Is it possible? Imagine, Yes. Such a garden-a dream is quite realistic to organize a very simple means, and splendor, decoration and maturity do not have to wait years. One has only to look more closely at the bushes.

The modern assortment of ornamental shrubs is so large and diverse that it allows you to have a beautiful, spectacular and at the same time low-yield garden. Shrubs are perfectly combined with each other, as well as with trees and most garden plants, and therefore their possibilities in garden design are practically unlimited. 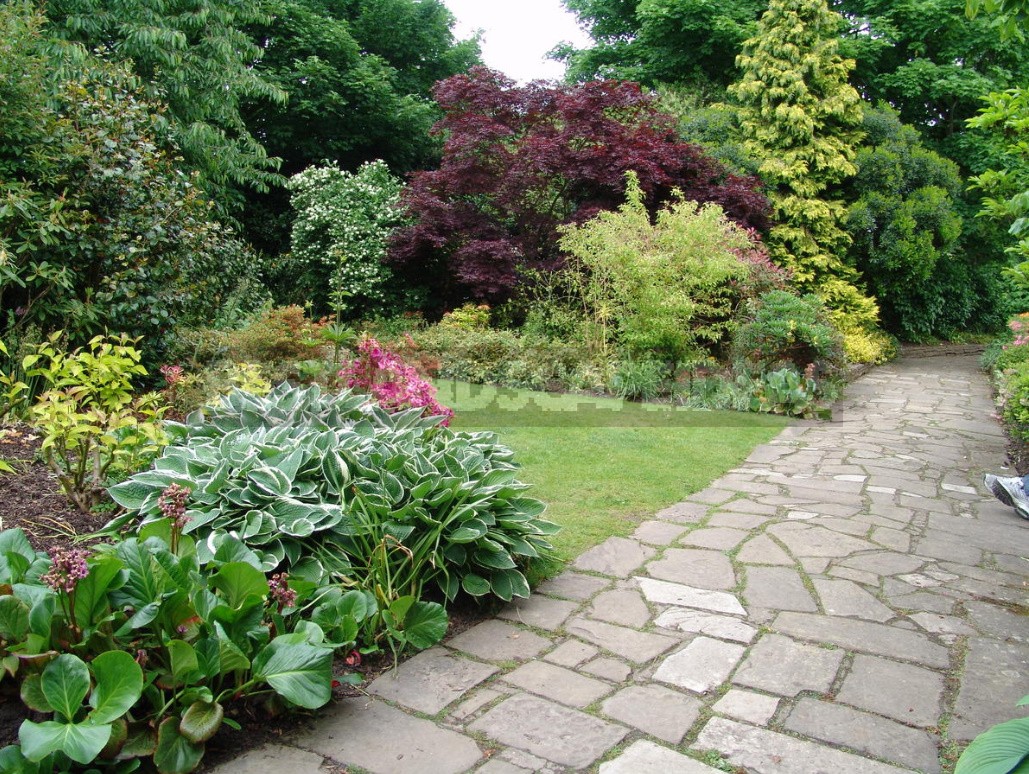 Shrubs are decorative during the season for a very long time, and many year-round. Even if the main color of the foliage is green, growing young leaves often have all sorts of shade variations (pink, reddish, purple, bronze). And in autumn they amaze the imagination with a riot of red, orange and gold tones. Moreover, this effect varies markedly every autumn due to temperature and humidity differences. Usually, after a dry and hot summer, the leaves are colored earlier, after a wet and cool longer retain green color. And if there were short-term moderate frosts, the palette of autumn leaf color is especially good and diverse. And here you can already find not only yellow and red shades, but also pink, purple and even purple. 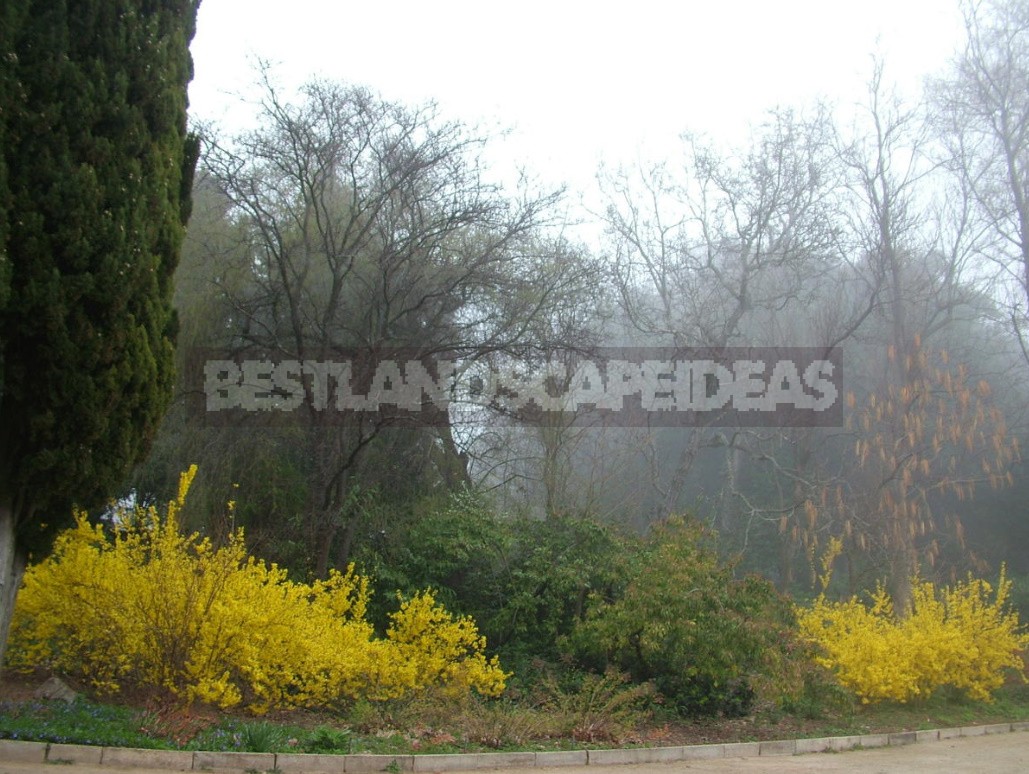 Many shrubs bloom so luxuriantly and effectively that they can argue with the best flowers. Before all bloom Mahonia aquifolium and Forsythiax intermedia, F. giraldii, F. ovata, a little later-the so-called Chaenomeles japonica, C. speciosa, C. xsuperba, some Park roses and Rhododendron.

READ  Keychain, Made With Your Own Hands — a Great Gift 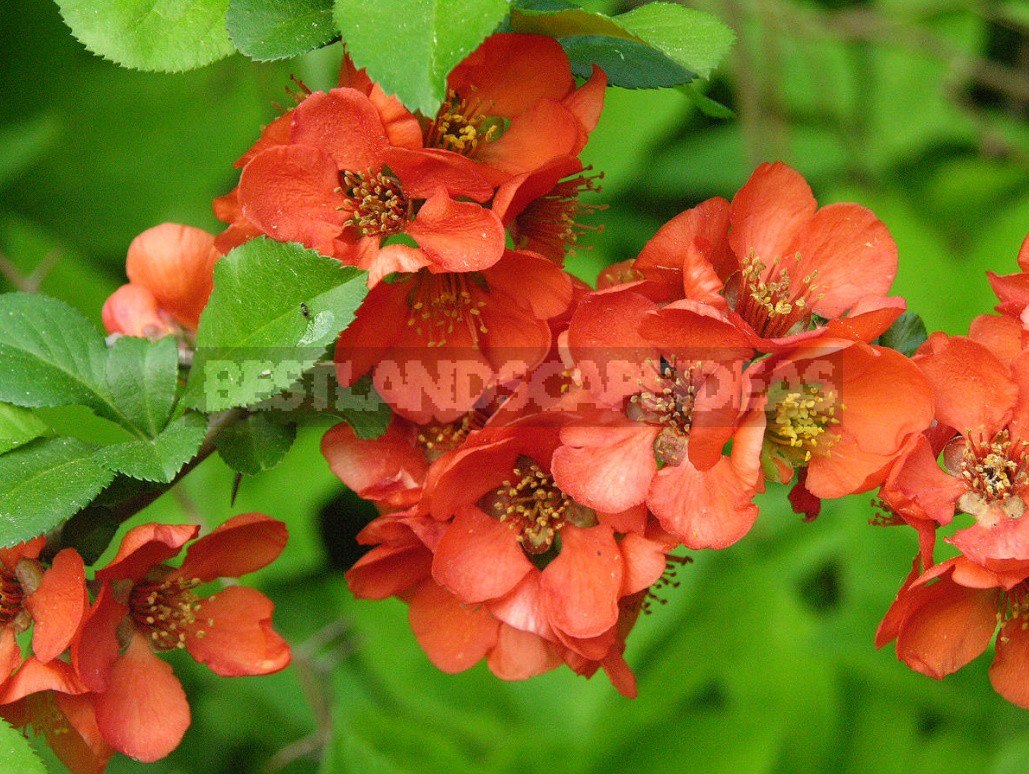 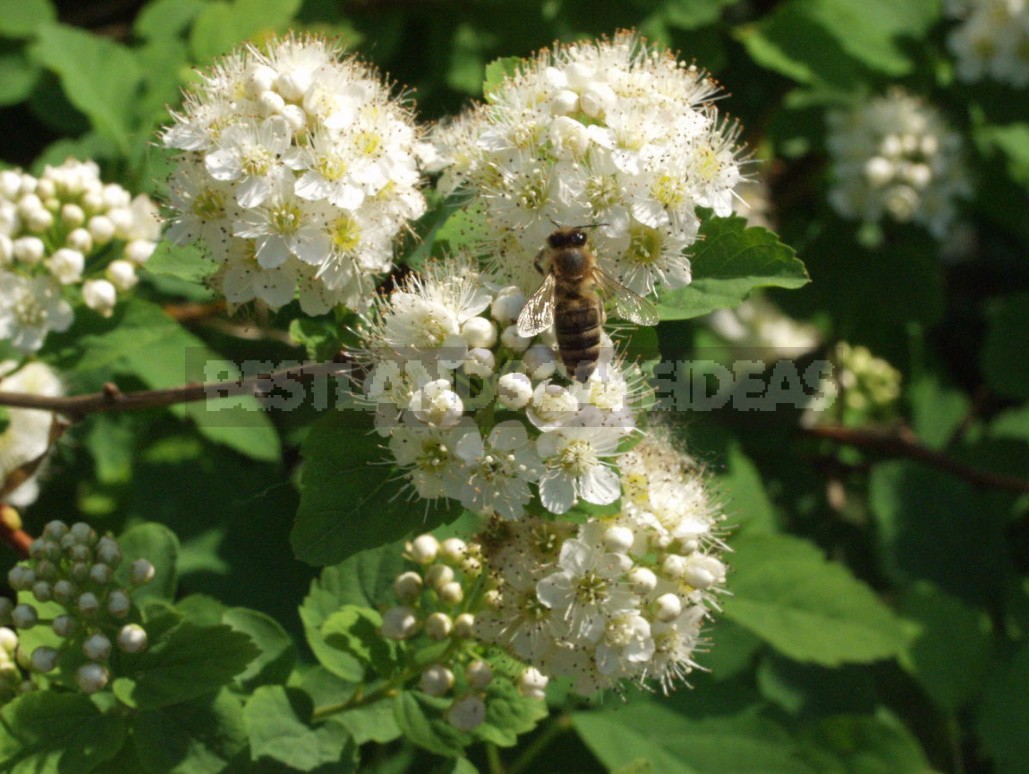 In the first half of may, Berberis bloom: B. vulgaris, B. amurensis, B. koreana, B. x ottawensis and B. thunbergii-the most desirable, with numerous and unusually diverse varieties. 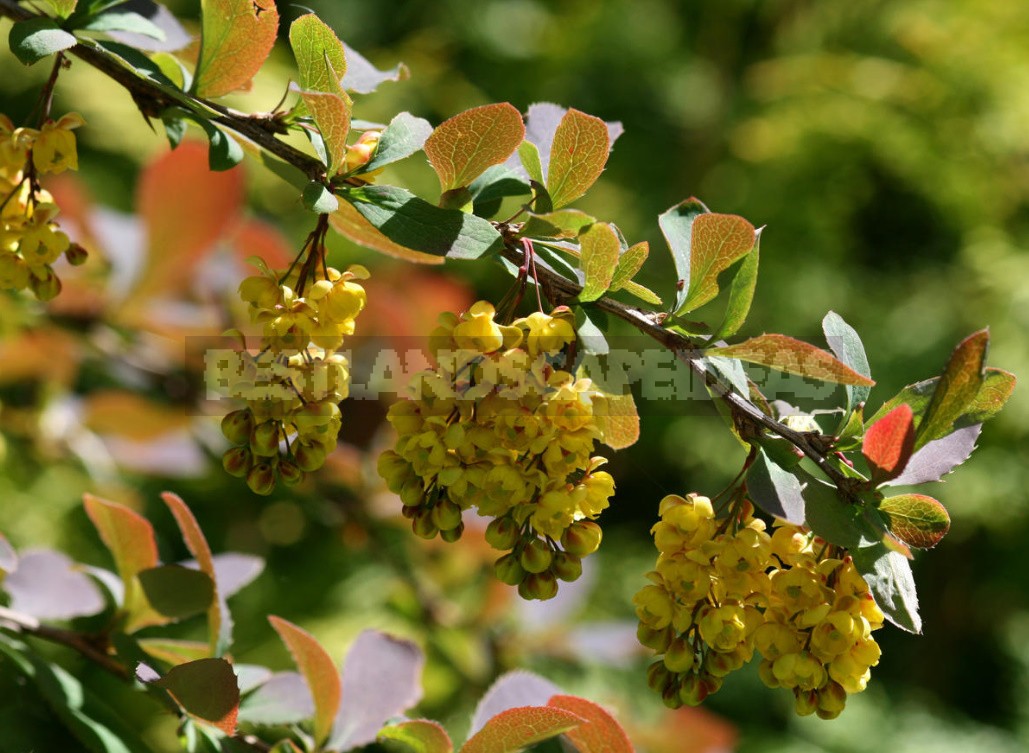 This is an incredibly attractive sight, especially impressive when flowering adult, well-grown bushes. At this time, as a rule, the leaves have not yet unfolded, and nothing prevents you from admiring the Golden tassels that completely cover the falling branches. In some places, young leaves begin to unfold, highlighting the Golden-yellow flowers with their bronze or reddish color. 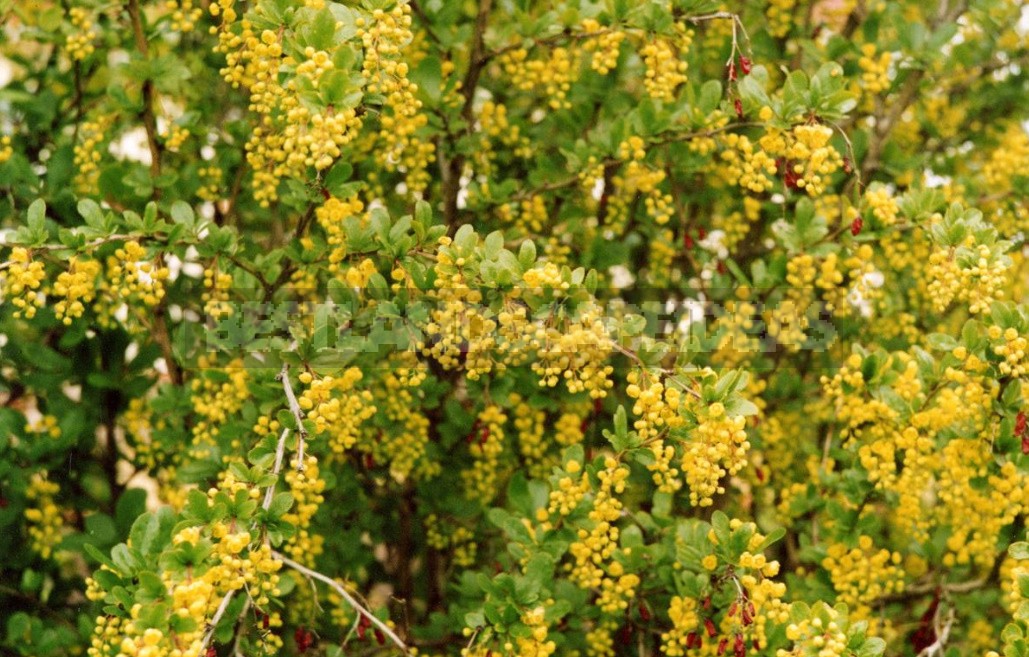 Evergreen Berberis bloom separate, larger yellow flowers on a background of tough, metallic luster of foliage, which has not yet lost the winter purple and bluish shades. B. verruculosa ‘Amstelven’ proved to be the best among evergreens. 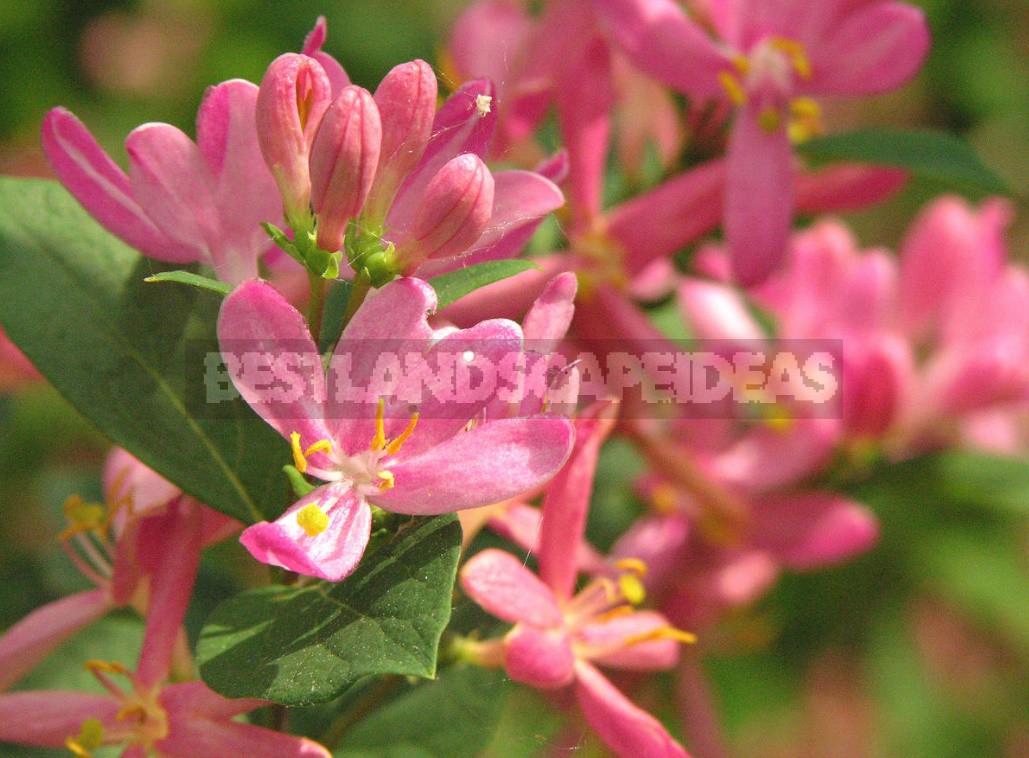 At the end of may, a variety of Viburnum, Aronia melanocarpa, Lonicera and, of course, Syringa bloom, sung by nightingales. This is a long — awaited moment for all gardeners-spring is at its Zenith, we are on the verge of summer, but still ahead. Long, joyful days, bright, warm evenings — I’m sure for many gardeners this is the most favorite time of the year. 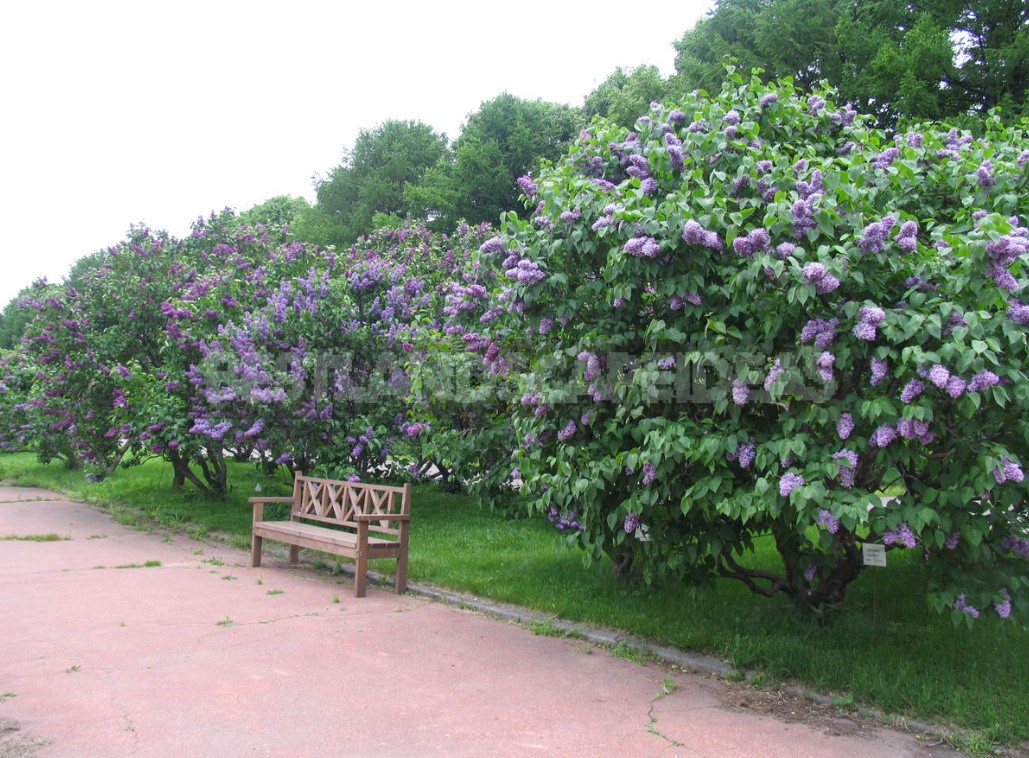 The baton of lilac blossoms is passed on by Philadelphus, and the enchanting fragrance of our Northern Jasmine spreads throughout the gardens. 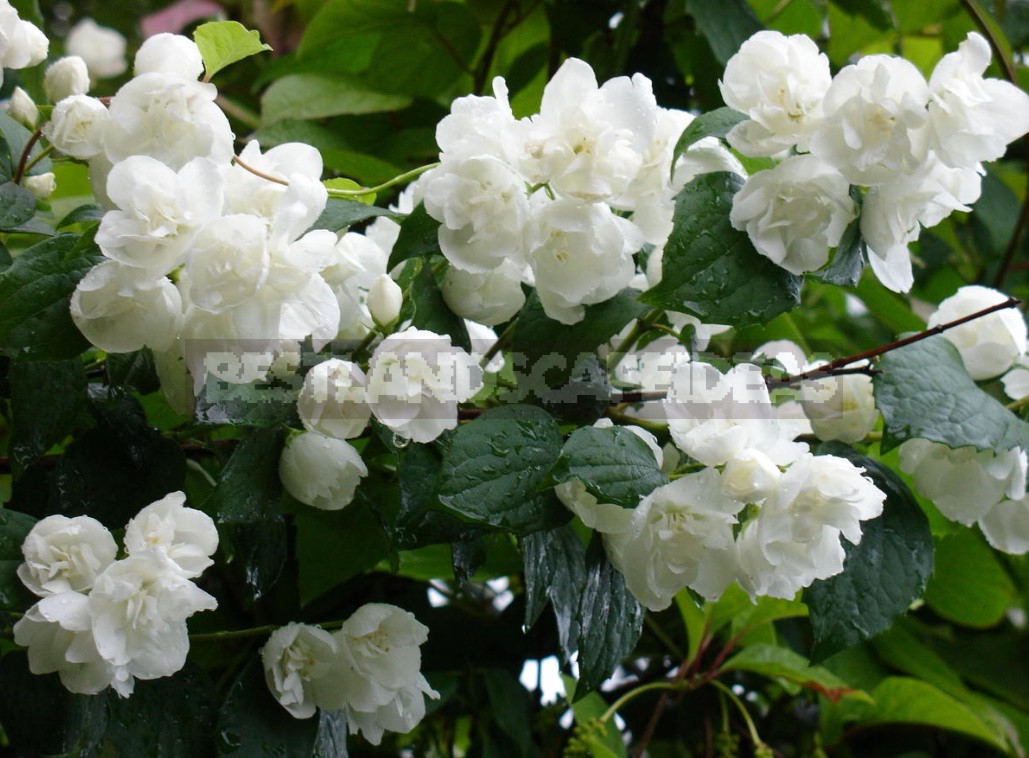 At the same time they are blooming Deutzia and Weigela. These charming shrubs are still not common among us, and many are afraid to start them. But among them there are quite stable and in our climate, it is only necessary to try to plant them in a quiet and windless place, on a well-prepared, moderately nutritious soil. 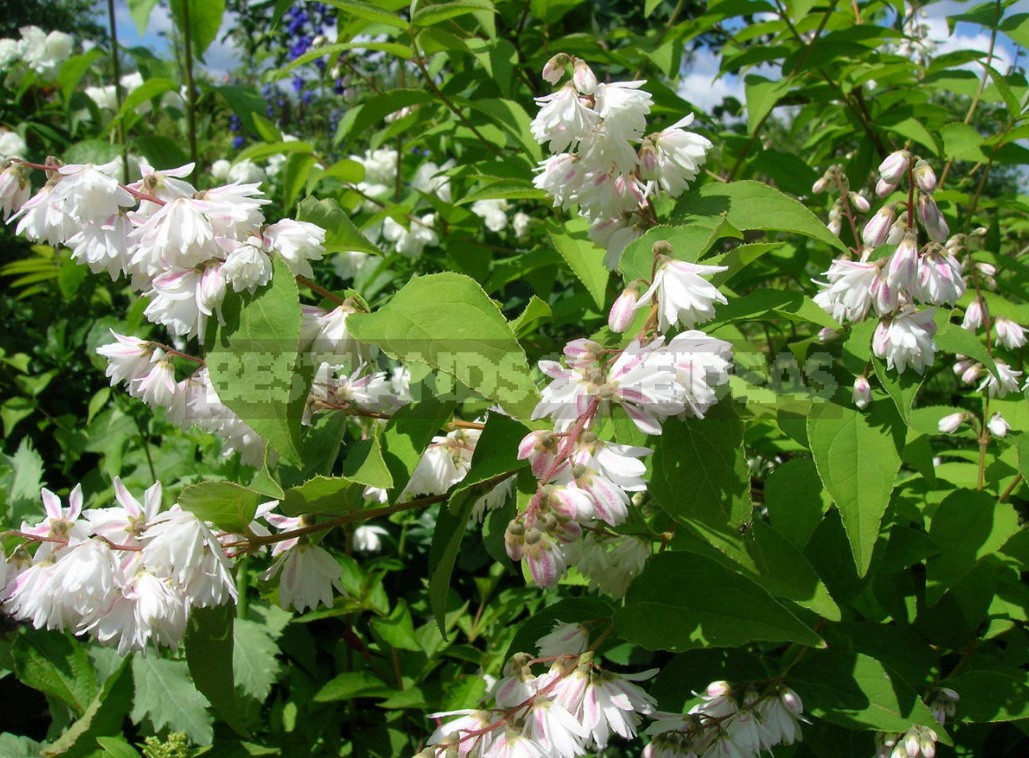 Spring flowering of some shrubs is replaced by summer flowering of others. Bloom wonderful pink-flowered Spiraea: S. japonica, S. x bumalda, a little later S. x billiardii and S. douglasii. The latter are interesting for their xiphoid inflorescences, which differ in the intensity of color in varieties, and powerful bushes, from which you can form dense living borders up to two meters high. 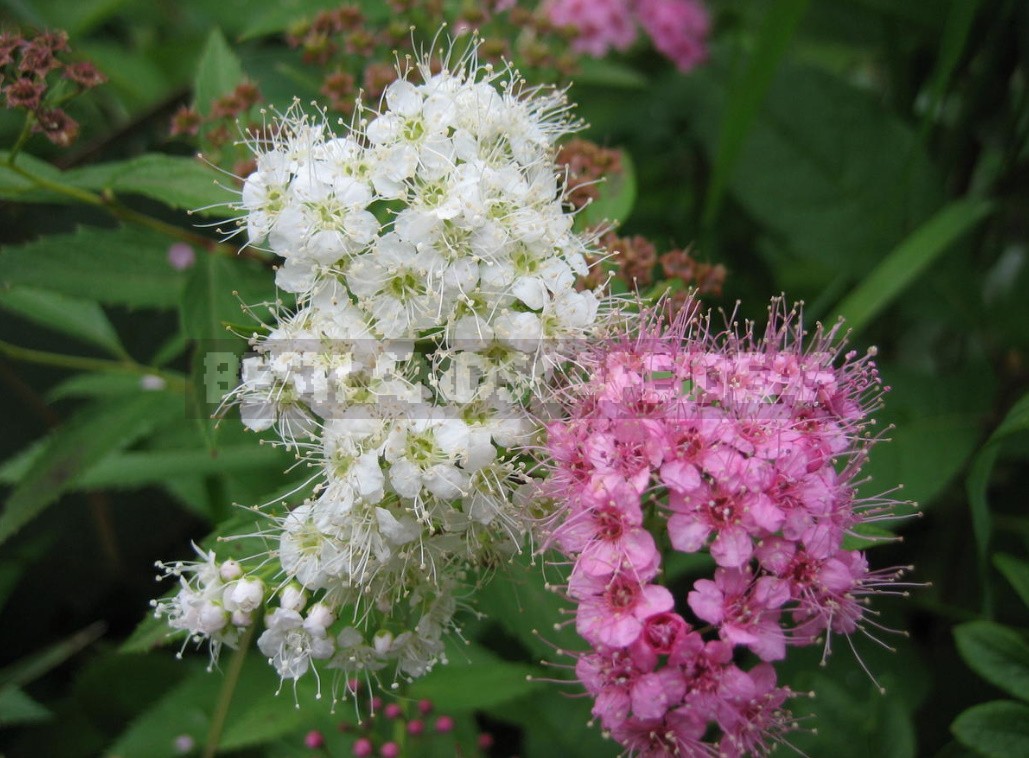 But undoubtedly, no garden today is complete without varieties Spiraea japonica and its varieties Spiraea x bumalda. Even if you do not take into account the forms with colored and variegated leaves (they will be discussed separately), varieties Spiraea japonica differ in the size of the Bush (from 20 cm to 1.5 m), the shape of the crown and inflorescences, the intensity of their color. There are unique varieties, for example, ‘Shirobana’ (synonym ‘Genpei’) – on the Bush both white and pink inflorescences bloom at the same time, and ’Crispa’ stands out among all Spiraea carved edge of the leaf, which makes the Bush looks curly, and the inflorescences have a more pronounced Carmine-pink color. 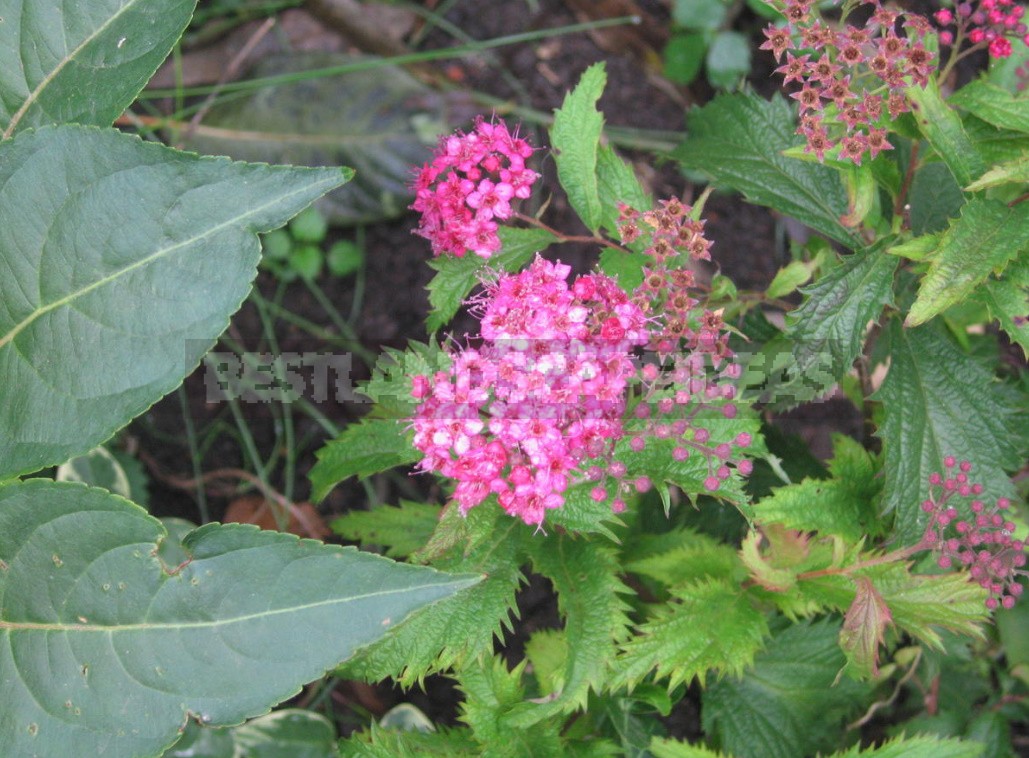