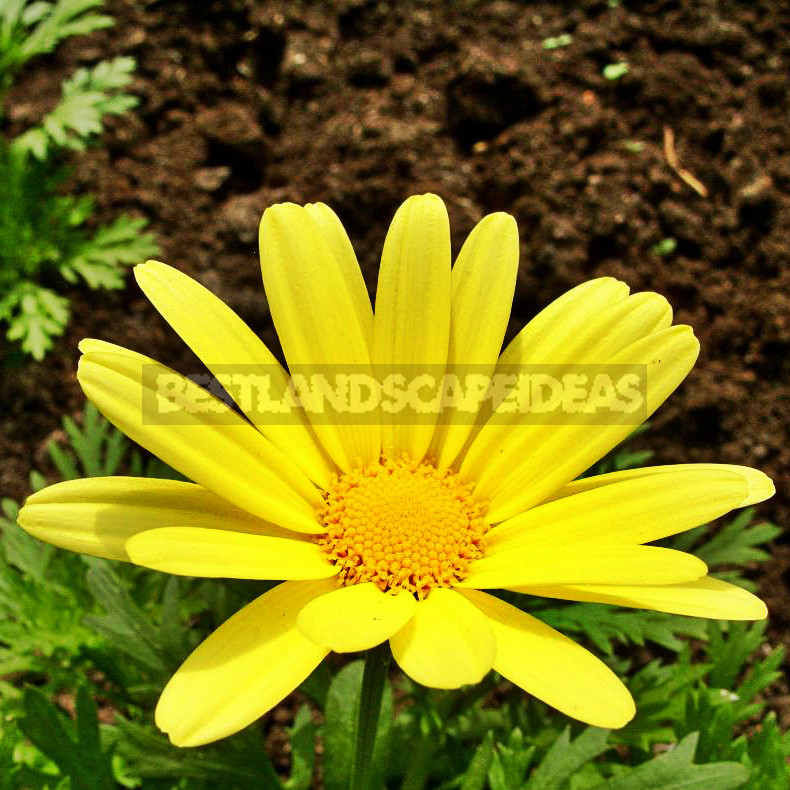 In this article I will talk about edible chrysanthemums and some of the species of this plant. 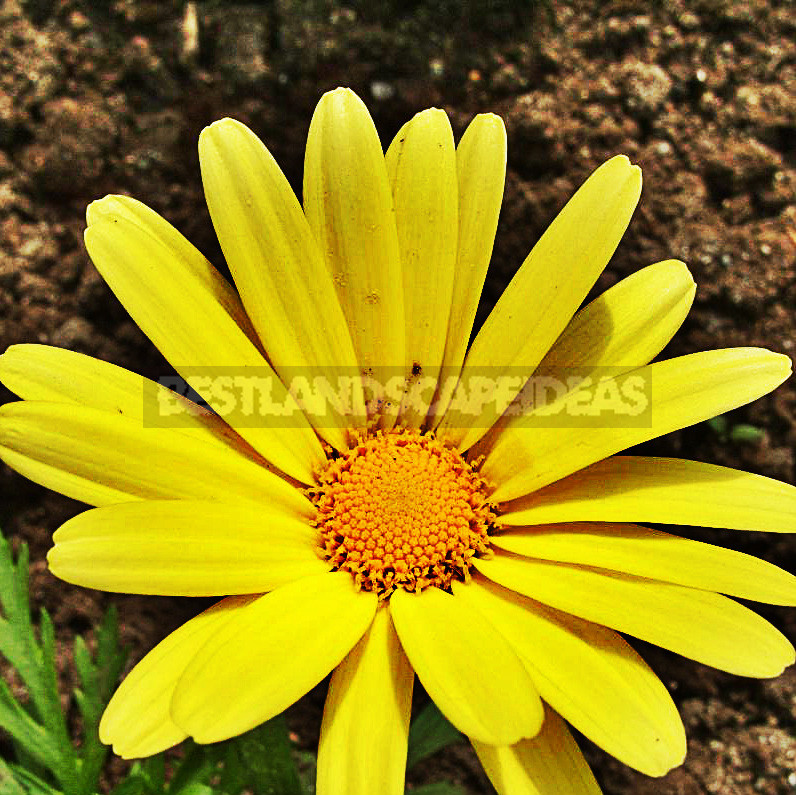 Chrysanthemum carinatum is an annual herb with erect, branched from the base of stems, height of 50-80 cm Leaves dissected, after shearing, are quickly being replaced with a new one. The flowers are two-or three-color: white, yellow, red to the base, brown, bronze collected in large, 5-7 cm in diameter, single baskets on long, strong peduncles; bloom from August to late autumn. The fruits – achenes; ripens in September. Decorative varieties: ‘Court Jesters ‘(inflorescences with a diameter of 8 cm, from white and yellow to orange, bright red, chestnut, bordered in orange or red),’ Polar Star’ (inflorescences pale yellow, bordered in orange), a series of Dunetti (inflorescences semi-double, variegated color). Homeland: Morocco.

Bright, abundant flowering allows edible chrysanthemums to occupy a prominent place as a curb on the ground garden (undersized species and varieties), in the workings on the lawn, flower beds, in the mixborder, where they may well cope with the role of focal (in group planting) or accompanying elements. Distance between plants 30-35 (for tall forms), 20 — 25 cm (for short forms). Undemanding to soil, but grow best on fertile.

The Gardens of Piet Oudolf: the New Wave of Landscape Design
Delicate Liana "Macfadyena Unguis-Cati"
Summary of Recommendations for the Cultivation and Reproduction of Chrysanthemums
How to Build a Children's Sandbox With Your Own Hands