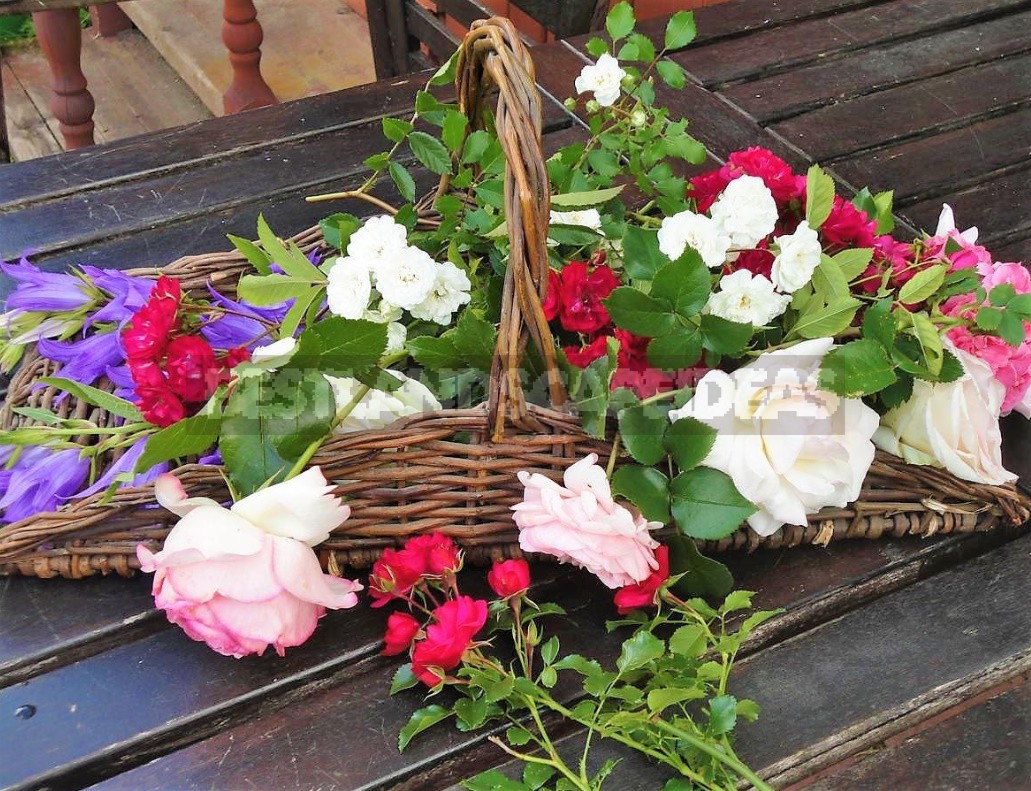 Anyone who decides to plant roses in their garden, unwittingly faces a very difficult problem. A huge selection of varieties now offered in garden centers, anyone will be baffled. And here you need to approach the selection of a particular variety very pragmatically, so that your rose garden will not later become the scene of endless experiments. You need to know as much as possible about the roses that you have planned to buy; and not spontaneously, but quite consciously make your choice.

Choosing a variety is a very responsible matter, because we plant a rose for more than one year. First, you need to answer yourself 2 important questions.

Question one: how much time, effort and money are you willing to spend on roses — buying, planting, care and shelter for the winter? It is no secret that the rose is a very labor-intensive culture that requires constant care and attention from us. Pruning, fertilizing and watering, constant battle with pests and diseases, and most importantly-the preservation of the rose garden in winter… We grow these delicate flowers in difficult Russian climatic conditions. Having planted at least one rose, you will always be “in business”, and with the possession of a rose garden, even the smallest, your garden can not be called low-income. 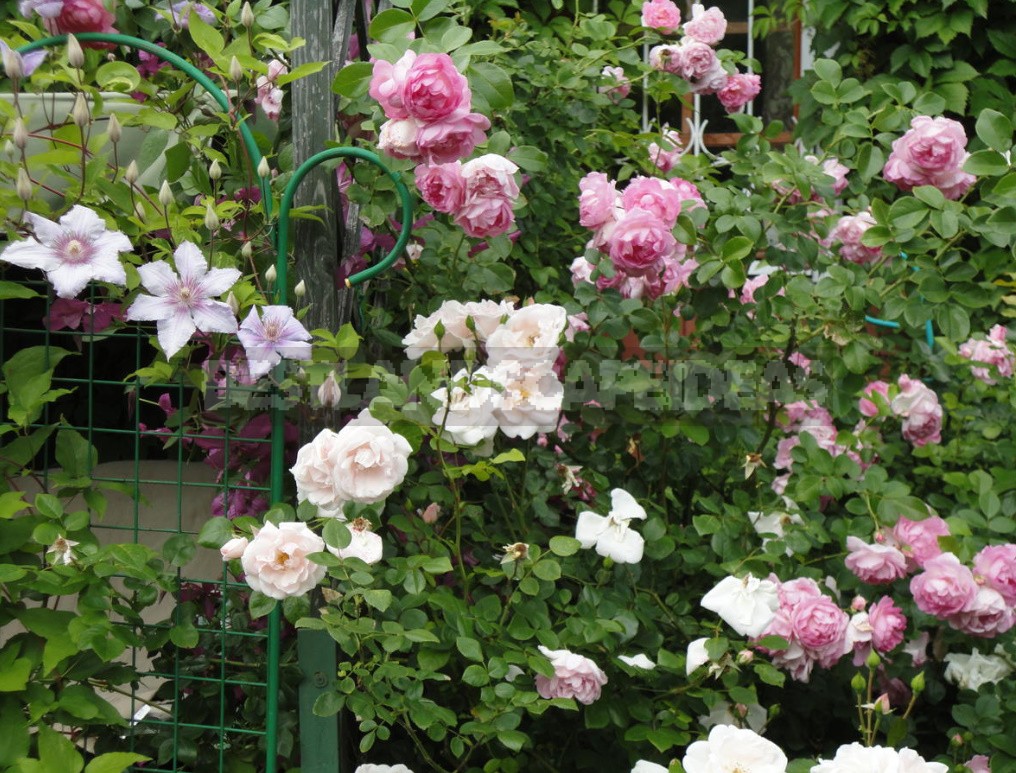 Question two: how are you going to use roses to decorate your garden? Will it be a full-fledged classic rose garden, made according to all the canons of garden and Park art, or a modest village front garden? Are you going to use roses in vertical gardening — or in creating a mixborder that insulates you from the indiscreet views of your neighbors? Or maybe you have long dreamed of paths lined with lush flowering shrubs all summer? Or-about a secluded corner of the garden, decorated with fragrant ancient roses? 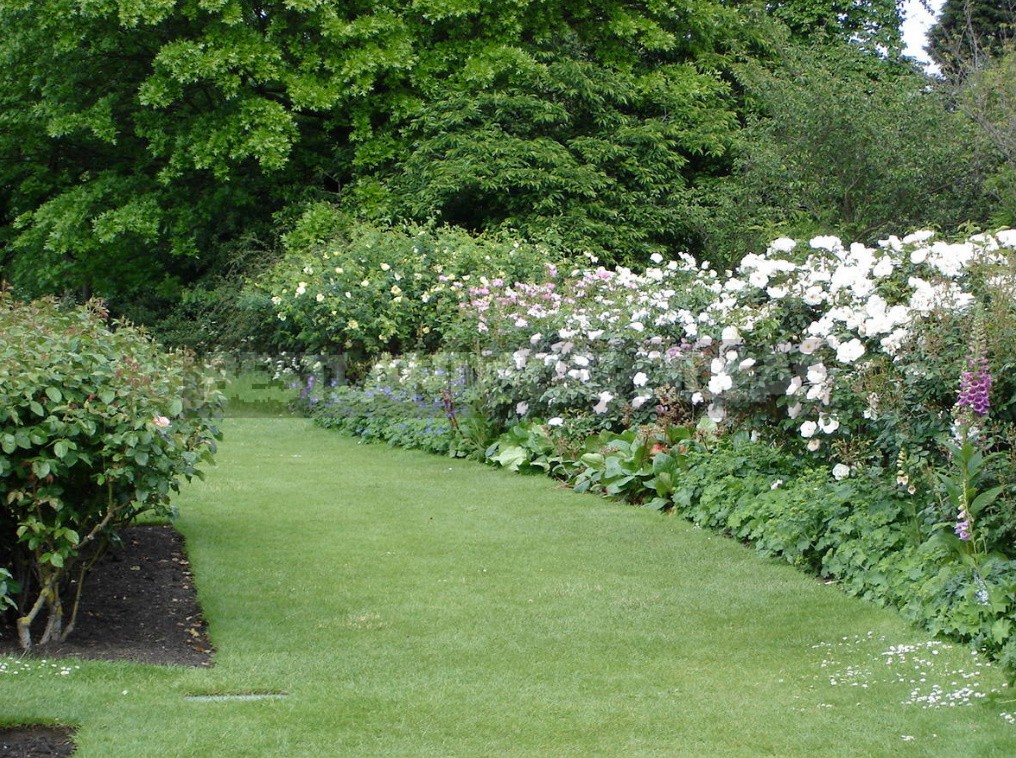 This depends not only on the number of bushes planted (from one, for example, wattled to several dozen, intended for planting along the fence or paths). The choice of rose varieties will depend on the chosen model of using roses in the garden. 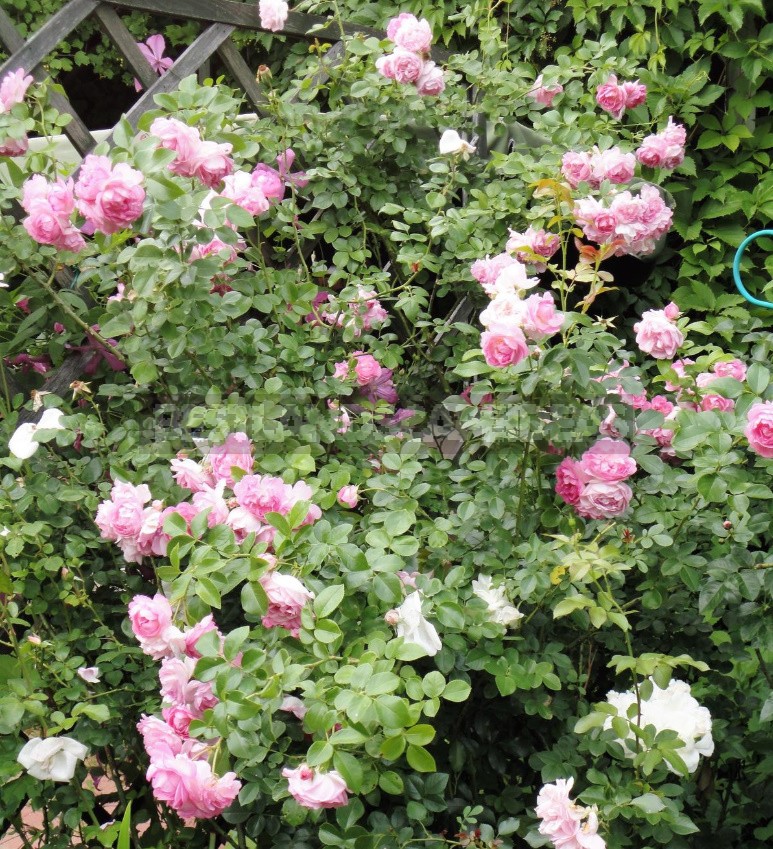 Before you decide to buy, you need to know exactly what group a particular rose belongs to: whether it is tea-hybrid, whether it is floribund, whether it is wattled (Rambler or large — flowered climber), whether it is shrub-or groundcover. The modern classification of roses, often confusing and illogical, divides them into groups. Knowing which of them belongs to the variety, you can judge its features, the nature of flowering (single, repeated or continuous), take into account the structure of the Bush, its maximum height and width — and other characteristics. 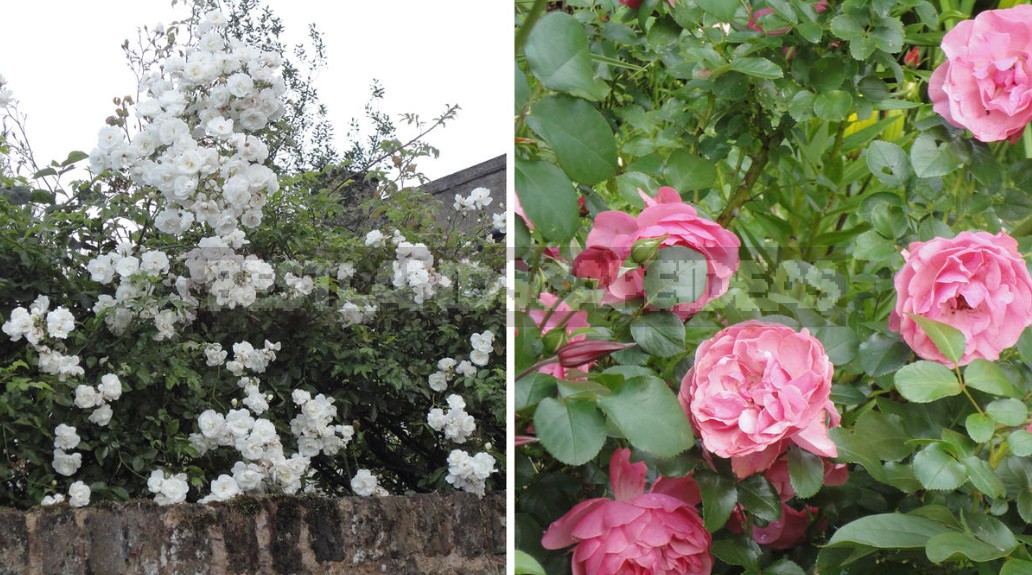 Not every rose holds a flower for a long time — many, especially those planted in the bright sun, quickly fade. In varieties with densely Packed flowers of an old form, this is a certain drawback: since there are countless petals, the appearance of the rose garden becomes quite untidy. 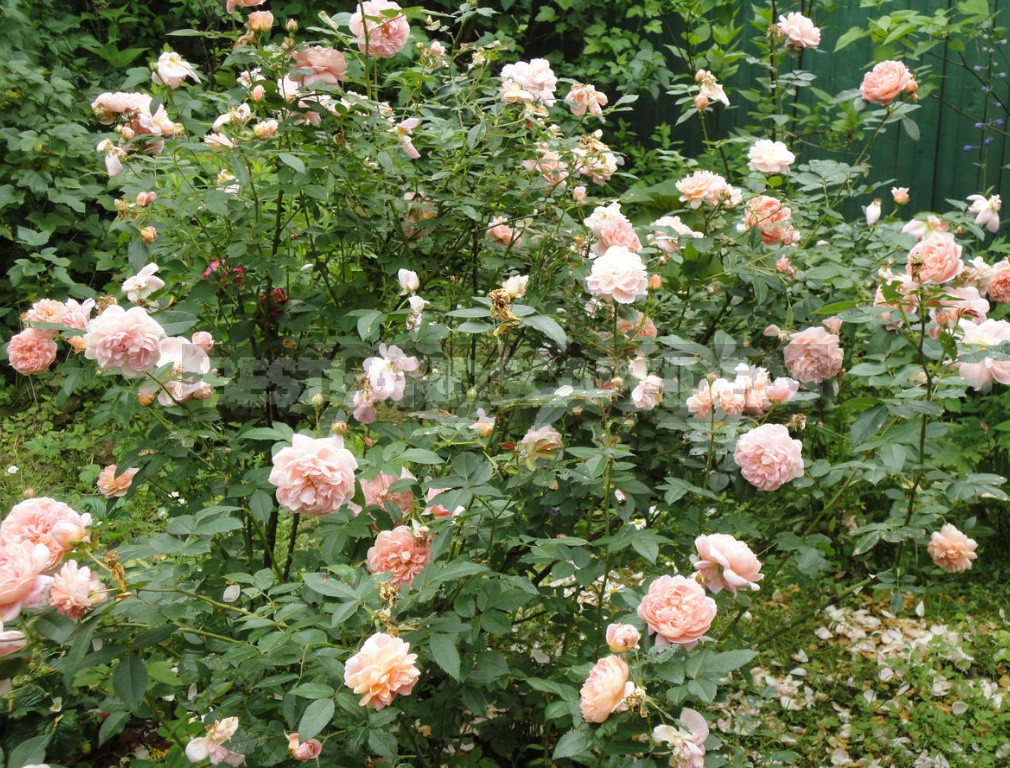 I especially want to emphasize that roses are not plants for cleanliness. Be prepared that they, as Mr. X sings, “drop their petals on the sand”, creating a relaxed picture of a village garden. That is, in designer “sleek” gardens, beautiful roses will not be at home, constantly littering the flower beds and requiring daily cleaning.

Another point: roses with tightly stuffed flowers of ancient forms, which are now in fashion, can not fully open in the rainy summer. These varieties require maximum sun and even shelter in wet weather. 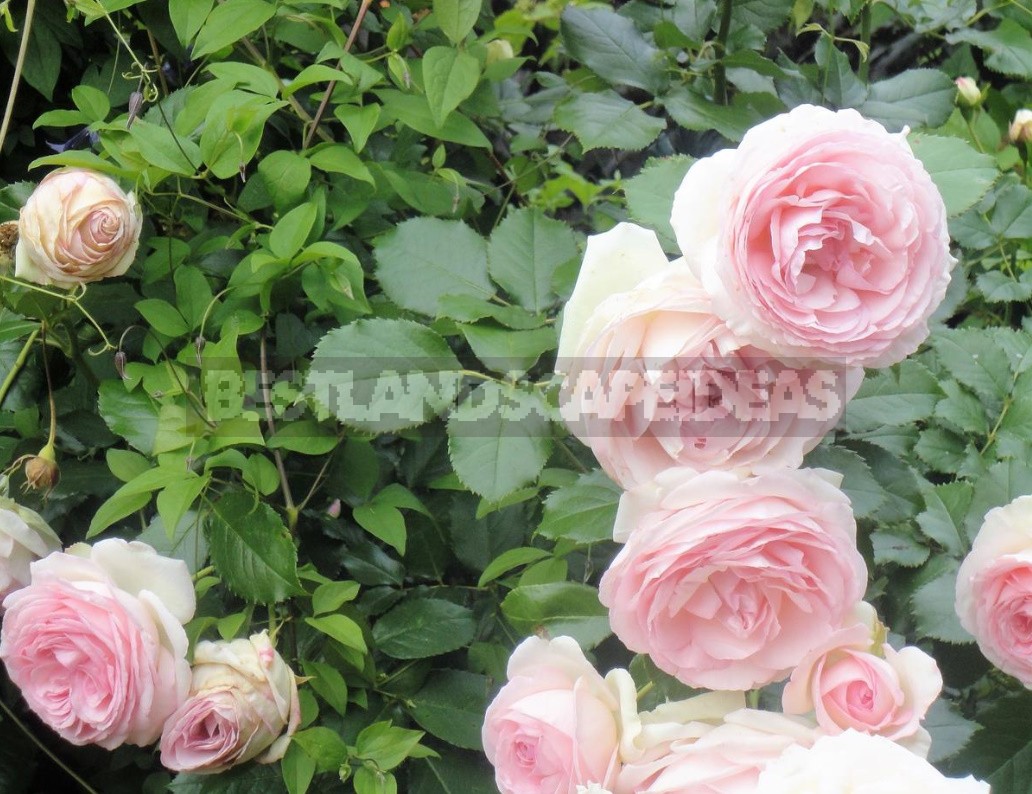 It is worth paying attention

The question of how prickly a rose is may seem unimportant to people who are just entering the path of rose cultivation. However, for experienced rose growers, it matters, because twice a year — in the fall, when it’s time to put roses in the shelter, and in the spring, when we open them-prickly varieties cause us great inconvenience. And let’s remember about such a traumatic procedure as pruning. Wounds received from the rough, sometimes heal until mid-summer. But there’s nothing you can do about it, the beauty of roses requires sacrifice. (Note: first of all-from us.) 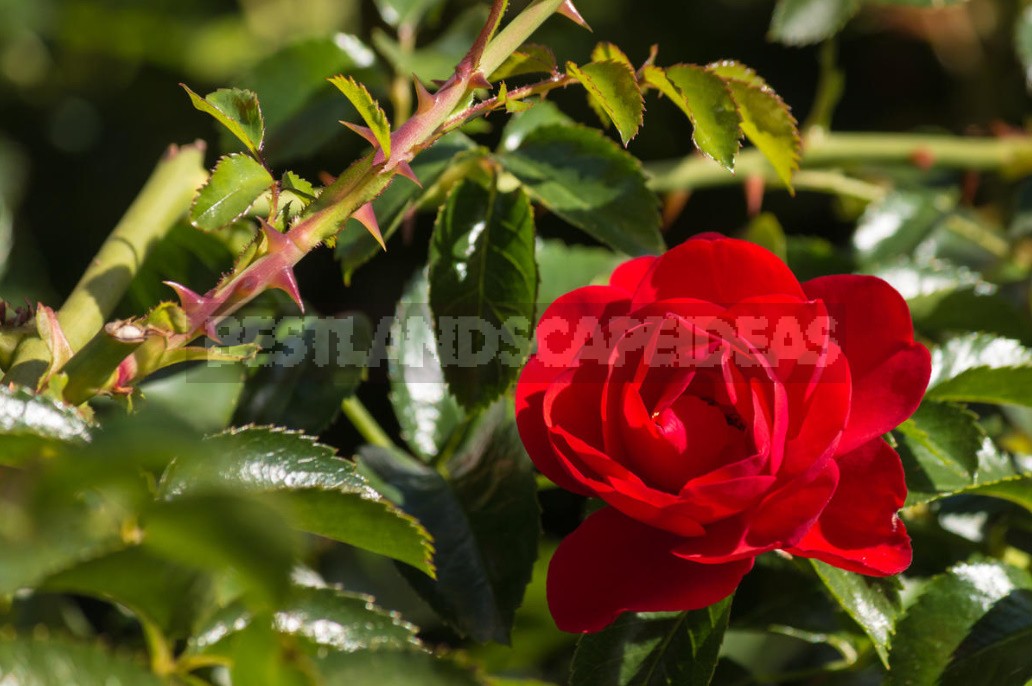 It should also be borne in mind that the flowers in white and dark varieties are most vulnerable. They are not resistant to adverse weather conditions, suffer from rain and too bright sun. 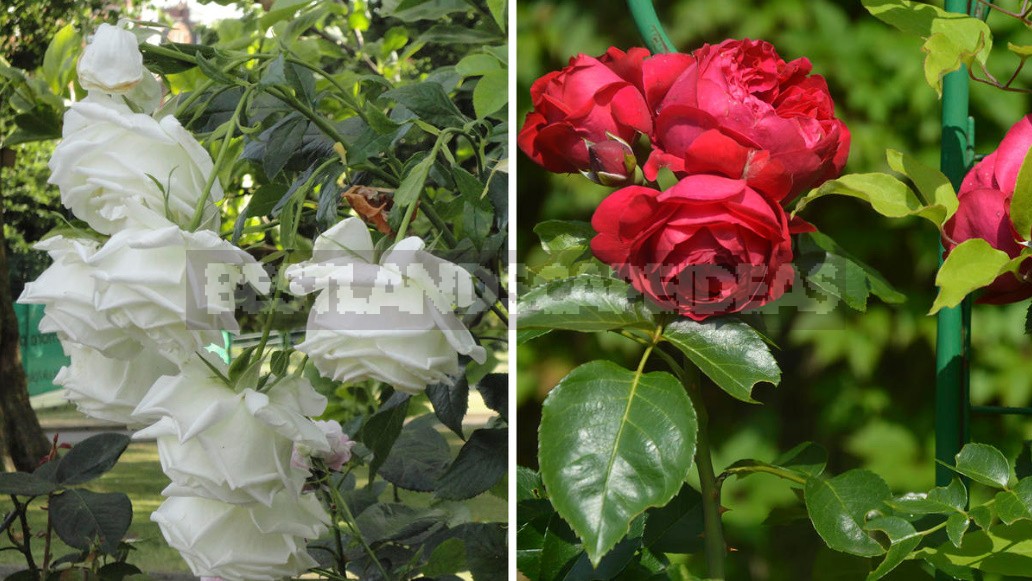 All this information has to be collected literally bit by bit, making inquiries on the Internet, studying special literature, visiting forums of rose lovers. I admit that I spent a year studying the catalogues of producers before I made a list of varieties for my rose garden. However, this did not save me from mistakes — the indicators of winter hardiness were already checked in practice.

Of great importance is the origin of the rose, in which nursery it was obtained. According to gardeners, in the moderate climate of the middle zone, roses from German nurseries located in similar climatic conditions feel best: Kordes, Tantau. It is noticed that the “French” from the firms Meilland, Delbard or Italian roses Barni we have a bad winter. Although in the southern regions of our country, most likely, they will grow without problems. 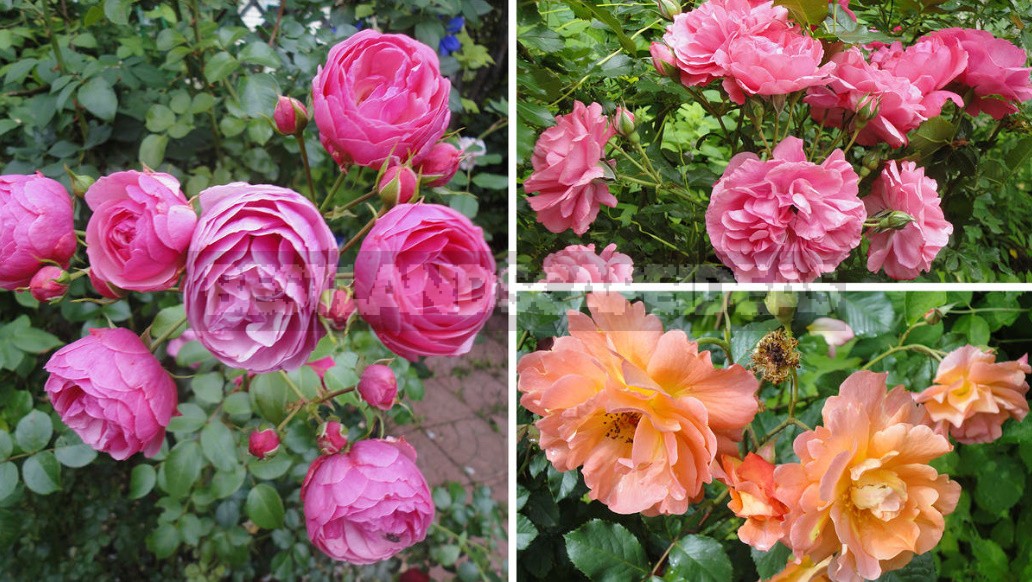 Unfortunately, the beautiful picture accompanying the seedling, or the catalogues of resistance to diseases can not be judged. As a rule, there are only the most General information (height, flowering time), supplemented with “stars”, symbolizing the degree of aroma and susceptibility to diseases. 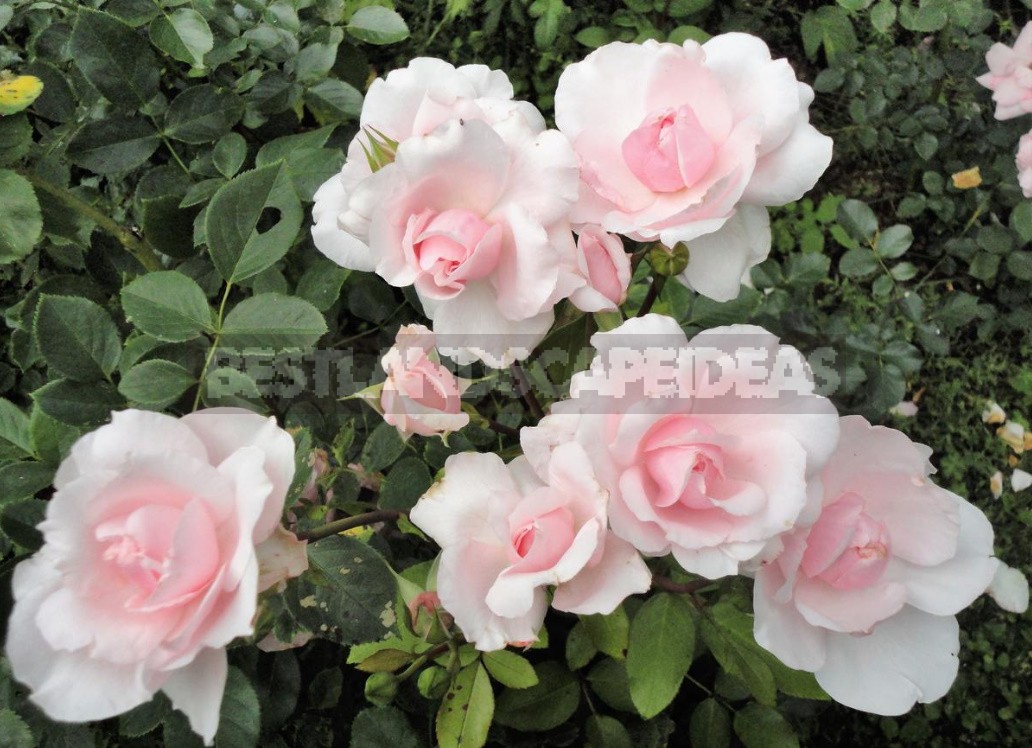 Meanwhile, the indicator of resistance to diseases (for me, for example) is the most important. You can close your eyes to the thorns, untidy appearance of faded flowers, ungainly structure of the Bush, poor leafy shoots, but the health of the variety, in my opinion, should come first. On how much the rose is immune to black spots or powdery mildew, ultimately depends on its hardiness. If it loses its leaves by Midsummer, it has almost no chance of gaining strength by winter, and the probability of death is very high. 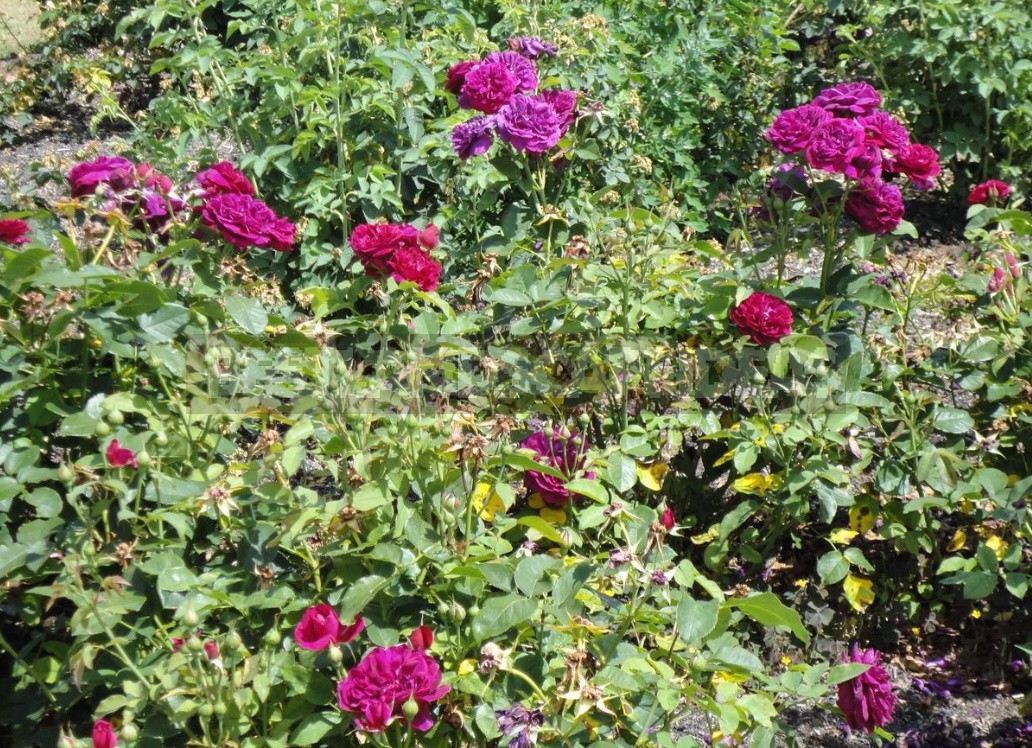 Currently, we are working closely on creating varieties that are primarily more resistant to diseases. Roses of recent years “editions” are already more perfect in this respect compared to those that were withdrawn even 10 years ago. Therefore, when buying, pay attention to the date of appearance of the variety in the world register.

Do not show unnecessary haste in the formation of the rosary. If you do not have time to plant in the summer the varieties that you dreamed of, it will be time to order them online in winter. And in summer, for a closer acquaintance with the selected varieties, it is better to see them live, visiting flower exhibitions, public rose gardens in parks or Botanical gardens, showgardens at major shopping centers. It is possible that the varieties you like in absentia may disappoint you. 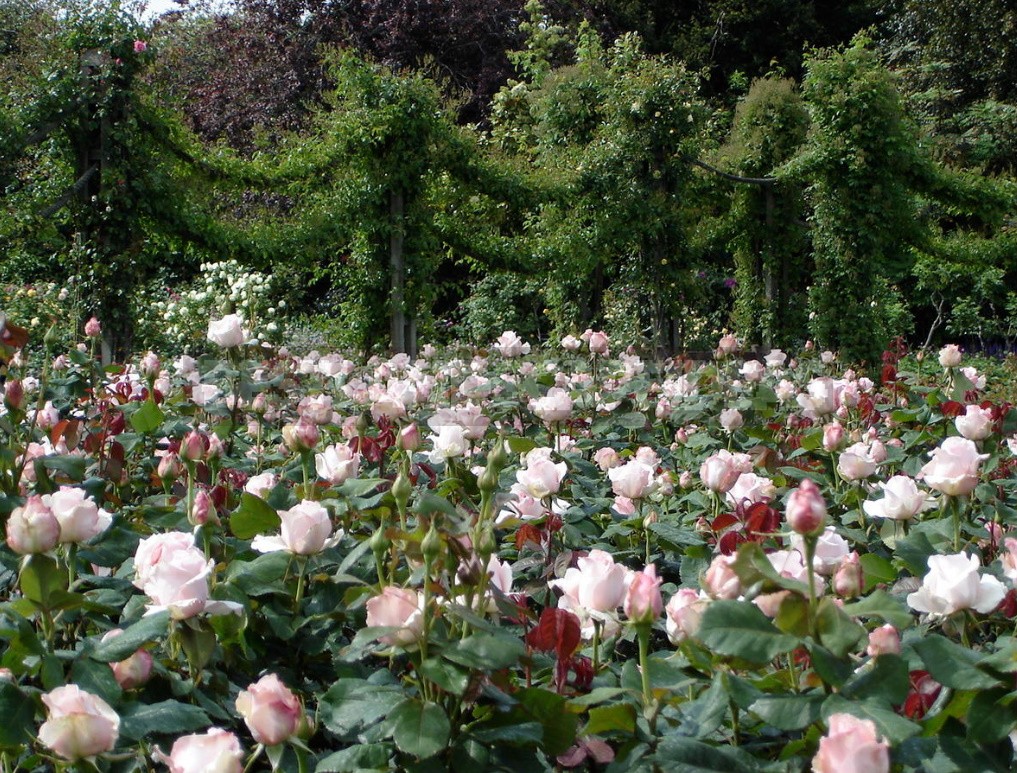 It’s a good idea to visit online forums where growers share their experience. There suddenly it turns out that the planned purchase of roses is not without flaws — that is not enough leafy, the flower does not last long, then they do not tolerate the winter. Yes, you never know what claims can be made to roses! Of course, there are varieties that have been tested for decades and have proven themselves to be the best; they are well-known. In the next article, we will talk about them. As for new products, time will tell how successful they are. 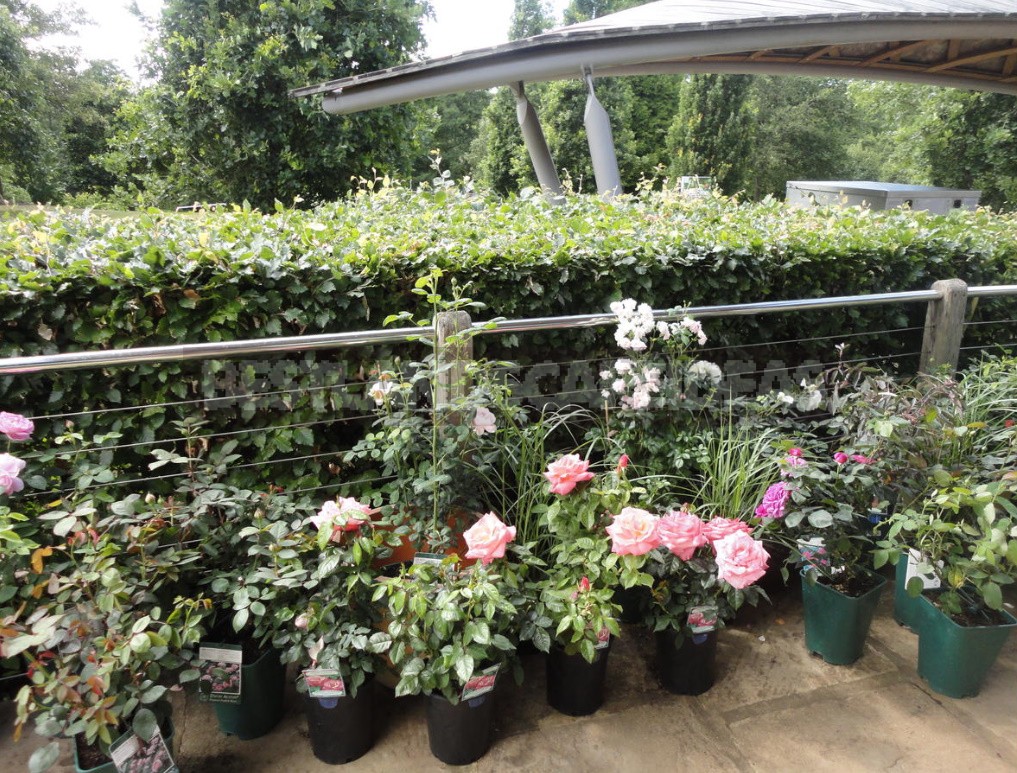 Experts, however, advise you to buy roses of the new generation, which bloom much more abundantly than their predecessors (while the waves of flowering imperceptibly replace one another). Their bushes are usually more dense, the foliage of many of them is extremely spectacular, shiny, glossy. Such foliage, by the way, is more resistant to diseases. Plants quickly form harmonious multi-stemmed bushes, which most often do not have “bare legs”. The choice of varieties with a nostalgic, and not only with the classic shape of the flower, has expanded. 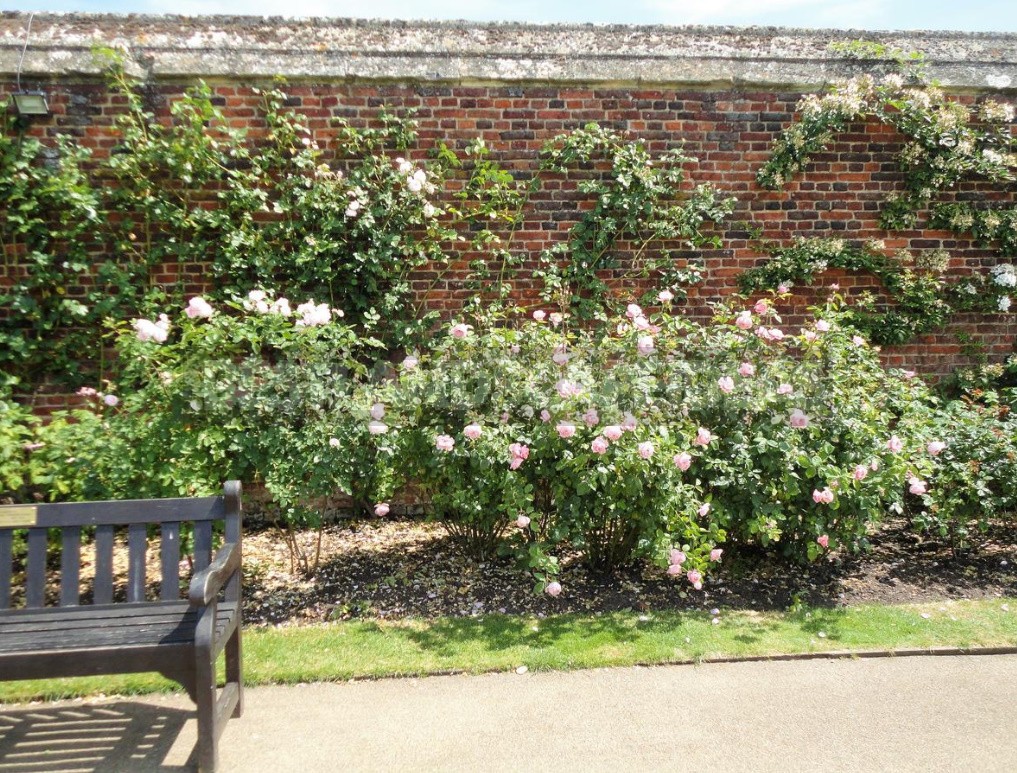 In the Wake of the extraordinary success of English roses, which just differ in the ancient shape of the flower, as in Dutch still lifes, and other nurseries began to produce so-called romantic varieties. However, they are very easy to distinguish: none of the roses of third-party originators has such a fragrance, which is famous for “Englishwomen”. 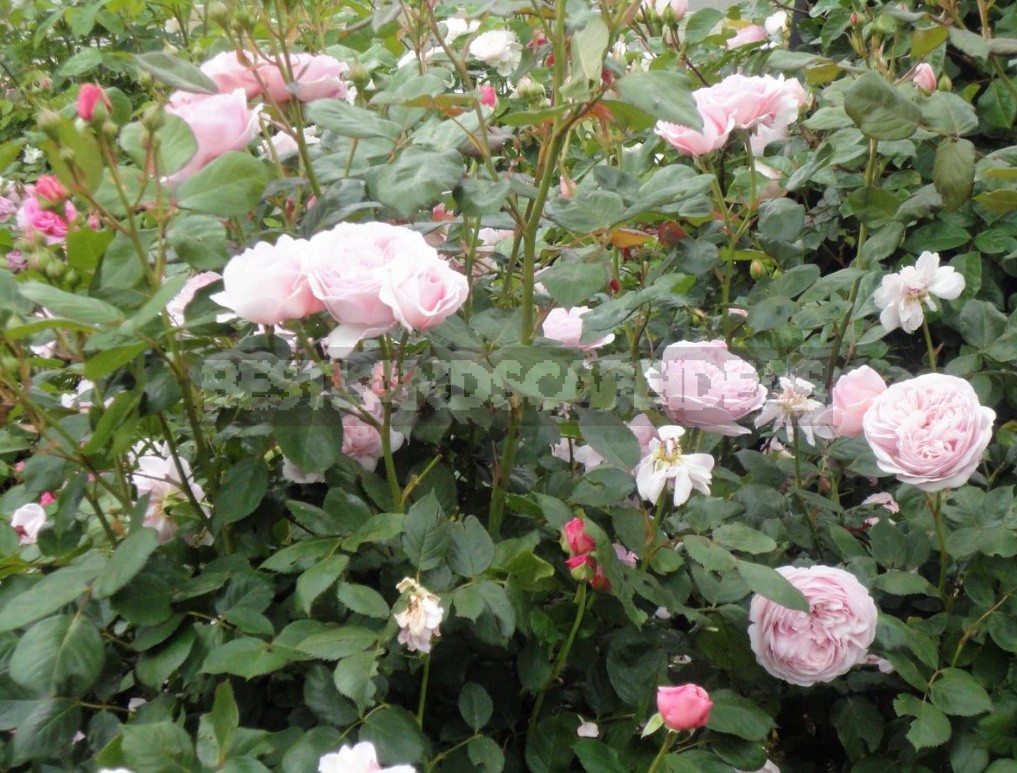 It may be objected that no amount of common sense can turn us away from the spontaneous acquisition of a plant that captured our heart at first sight. Sometimes it is enough to look at a rose growing in a neighbor’s garden to get sick with it and literally lose peace and sleep. But at the same time, analytical work on the selection of varieties will avoid unnecessary disappointments later. 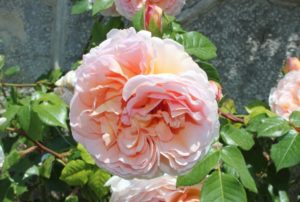 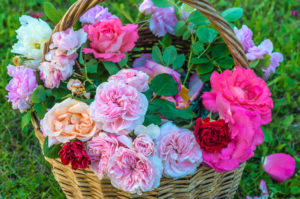 Caring for Roses in September: Start Preparing for Winter 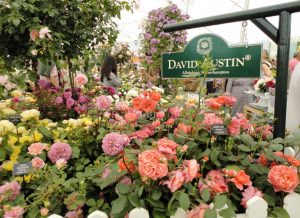