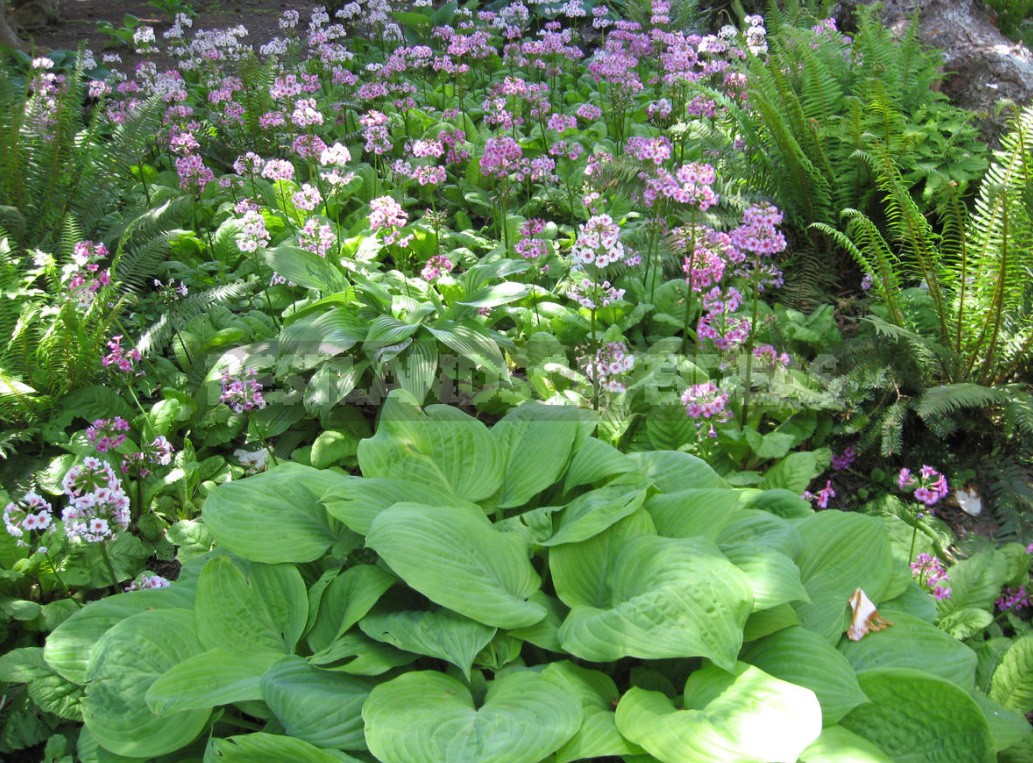 What is the shadow

The sun and its beneficent rays are not shared equally. There are many areas under the canopy of trees, in the shade of houses and outbuildings, where the sun looks only occasionally. However, it is often here that tired gardeners rest, preferring soft diffused light, calm and saturated with the aromas of trees and herbs air. The attractiveness of these shaded areas, their aesthetics can be increased by creating a colorful ground cover of floral and ornamental plants. 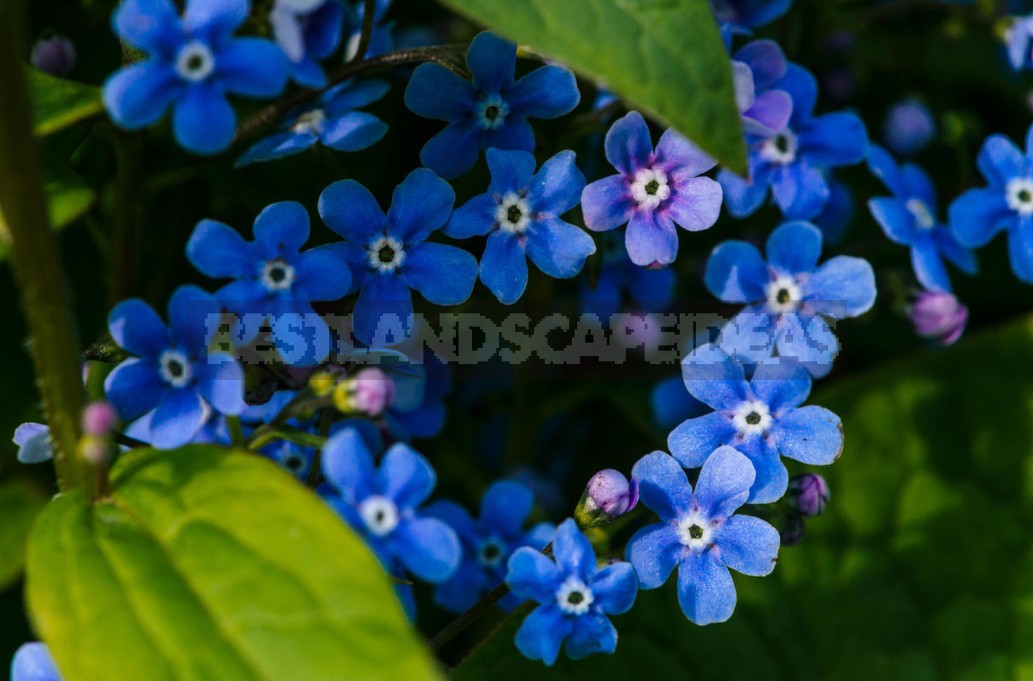 The device of such a cover is one of the most difficult problems for the gardener, since most crops do not grow well in shading conditions. In addition, there is often insufficient moisture, as shrubs act as competitors for it, as well as for light and food.

However, the shadow is different. So, for example, one character it has under coniferous trees, another-under deciduous trees, the third-from a house wall. The degree of shading is determined by the closeness of trees, the height of attachment of their crowns, the density of the crown itself, the size of the building. 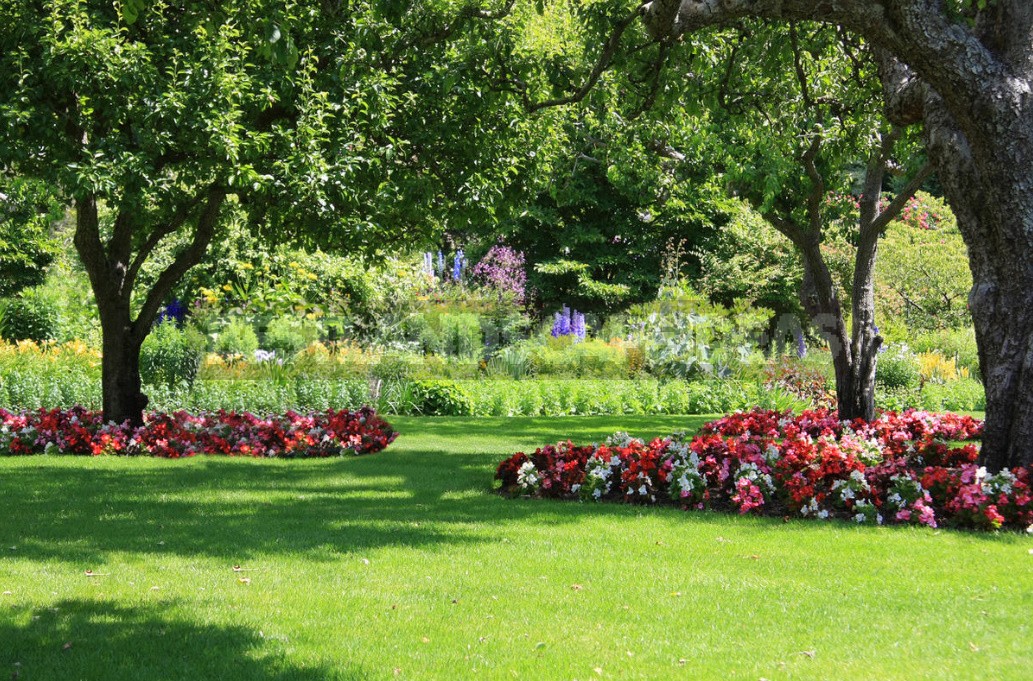 The percentage of illumination compared to open areas is as follows:

Illumination varies throughout the year and during the day. Thus, in dense gardens, 80% of sunlight enters the trees in winter, 30-50% in early spring (before the leaves on the trees dissolve), and up to 5% in summer. Affects the life of plants and the fact that in the shade the composition of light is different, there are virtually no ultraviolet rays.

On the usual garden plot, such a shadow is under the canopy of old, often planted Apple trees, on the North side of the bushes of Irga, hawthorn, conifers. Many gardeners find it difficult to select plants to decorate areas on the North side of the house. In such difficult conditions, you can also create interesting flower beds. The following plants will grow perfectly here: Ínula magnifica, Polygonatum, Uvularia, various Trillium, Arisaema, groundcover plants such as Tiarella cordifolia, Sedum stoloniferum, Asarum europaeum. 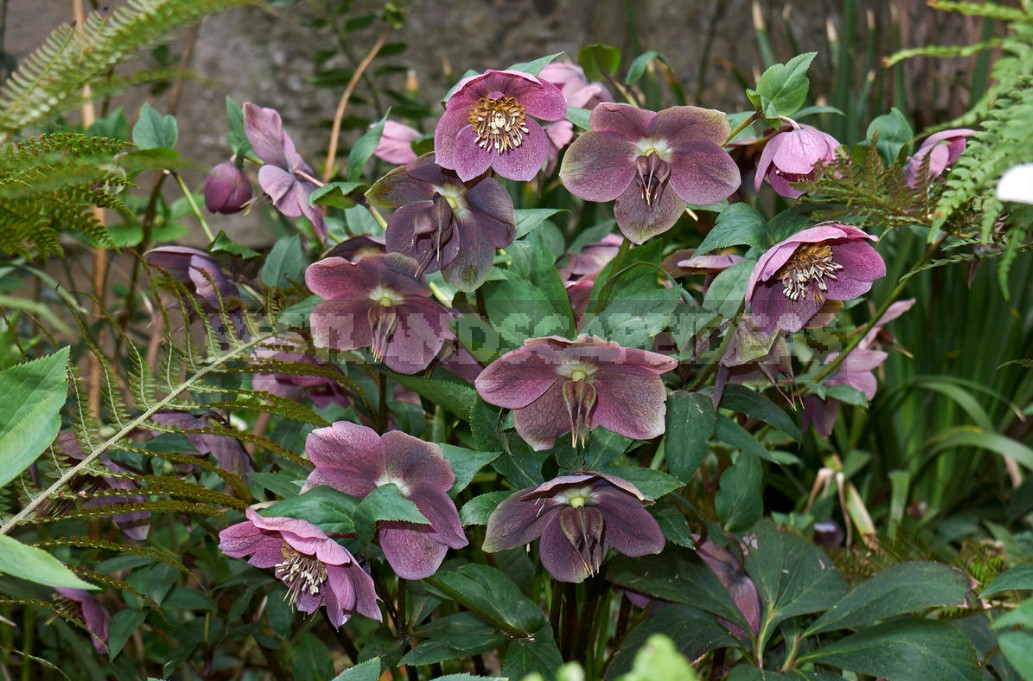 On the Northern side of the building on clay, well-moistened soils looks great flower garden, which includes: 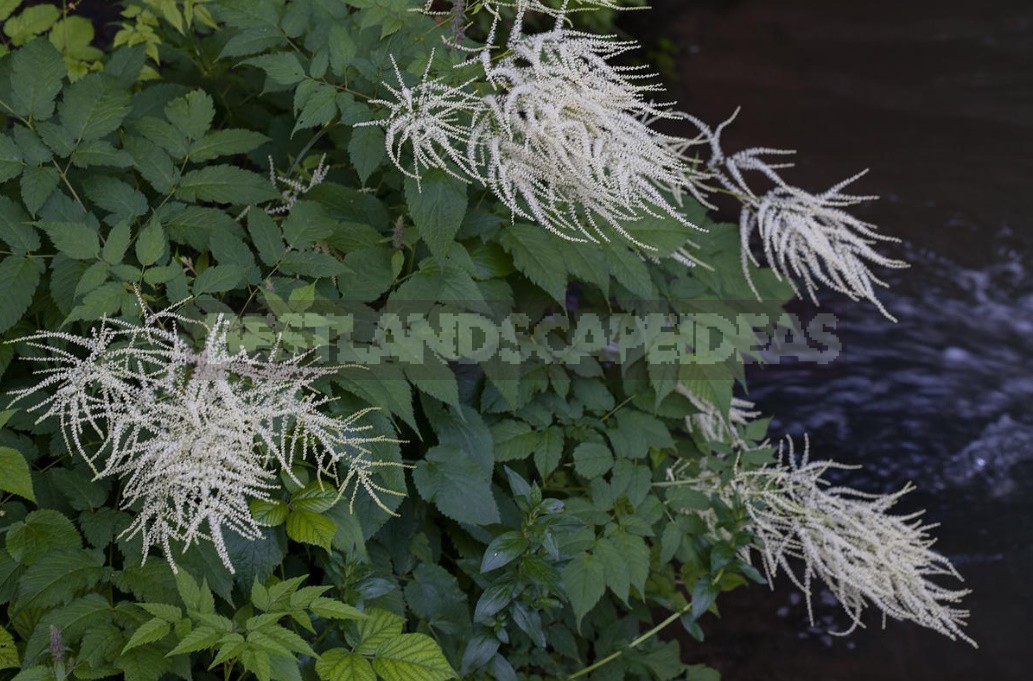 A border in such a place can be created from Primula, Hosta, Carex siderosticta. Of lianas, Aconitum arcuatum is recommended here. Most ferns can be grown in conditions from deep shade to Sunny places, but it is in the shade, on wet soils, their leaves look healthier, fresher. Especially beautiful in shaded areas groups of 2-3 bushes Dryopteris filix-mas, individual bushes Osmunda. 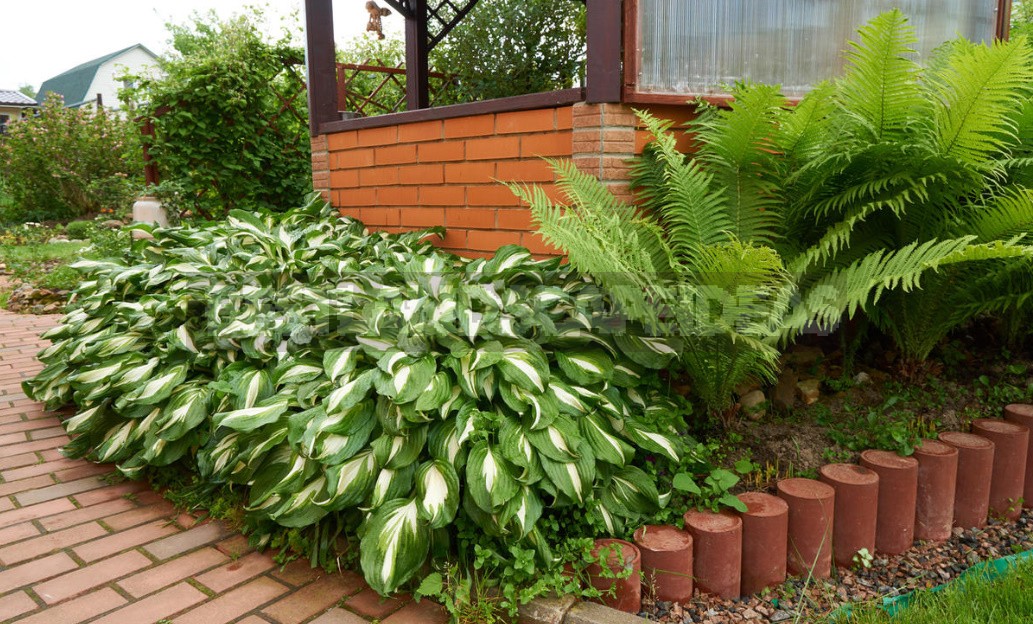 As a rule, the design of the corners of the garden, where the sun practically does not fall, causes the greatest difficulty for the gardener. Therefore, it is necessary to give a specific list of plants for such flower beds. In spring, Arisaema, Brunnera, Anemone, Primula, Corydalis, Cardamine glanduligera will be as decorative as possible in the foreground. The middle plan will be Helleborus, and in the background will be good Luzula and Symplocarpus foetidus. 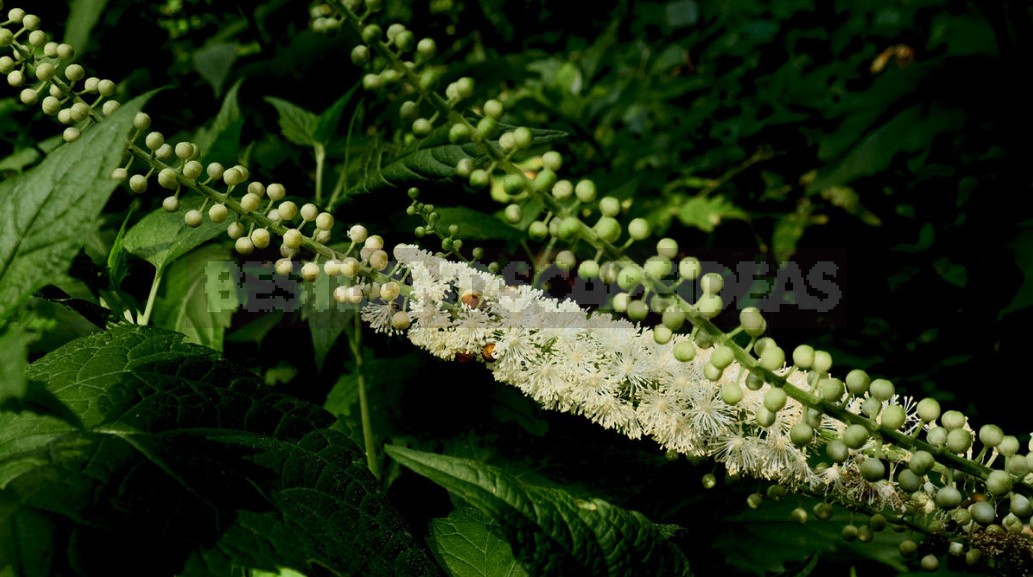 In summer and autumn the shade flower garden will be decorated with low Vinca, Asarum, Carex siderosticta, Sedum stoloniferum, Tiarella cordifolia. The average level will be supported by Astilbe, Polygonatum, Osmunda, Dryopteris and Geranium. The background will be composed of plants such as Ínula magnifica, Aruncus dioicus, Aconitum arcuatum, Cimicifuga, various Luzula. 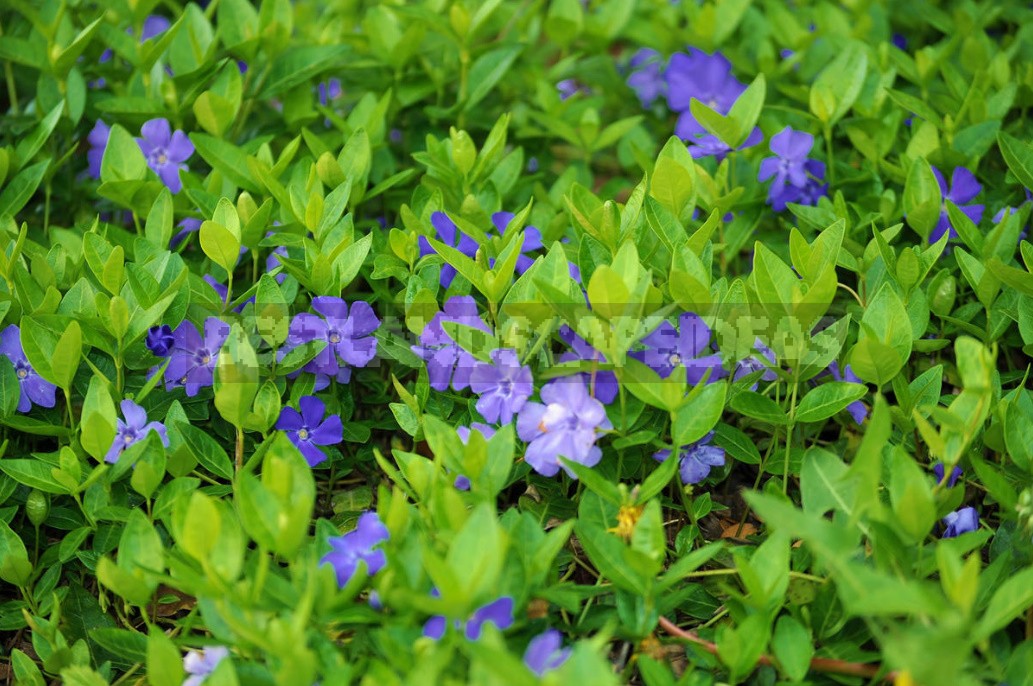 This shade is created under the canopy of trees with a rare, openwork crown, such as Sorbus, Cerasus, Prunus, Hippophae. All of them have a superficial root system, so frequent digging of their trunks is undesirable. Here you can create beds with medicinal plants that will not only please the eye, but also benefit. Dense, beautifully shaped bushes Melissa officinalis emphasize the beauty of lilies, and thickets Mentha × piperita can serve as a background for bushes Cimicifuga, Lupinus. 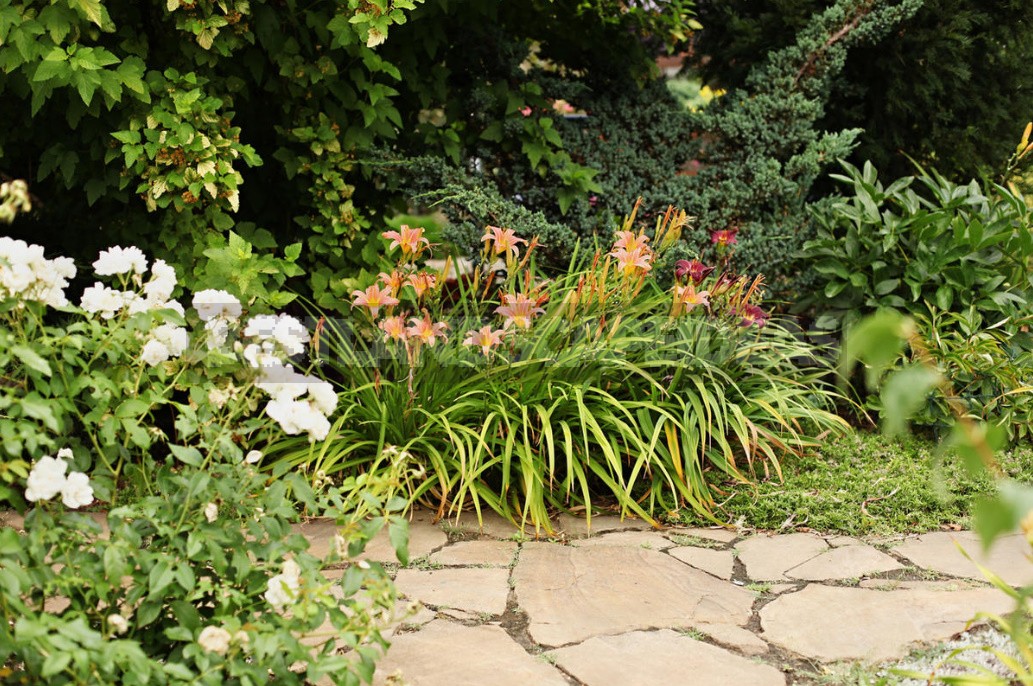 The needs of tree species in light, well-drained, fertile soils meet the needs of most bulbous and crops such as Hemerocallis, Pulmonaria. The ground cover of Convallaria, Asperula odorata, Omphalodes verna looks great here. However, Primula, Phlox and Astilbe in these conditions is undesirable to plant, as they need more clay moisture-intensive soils and do not tolerate drying out. 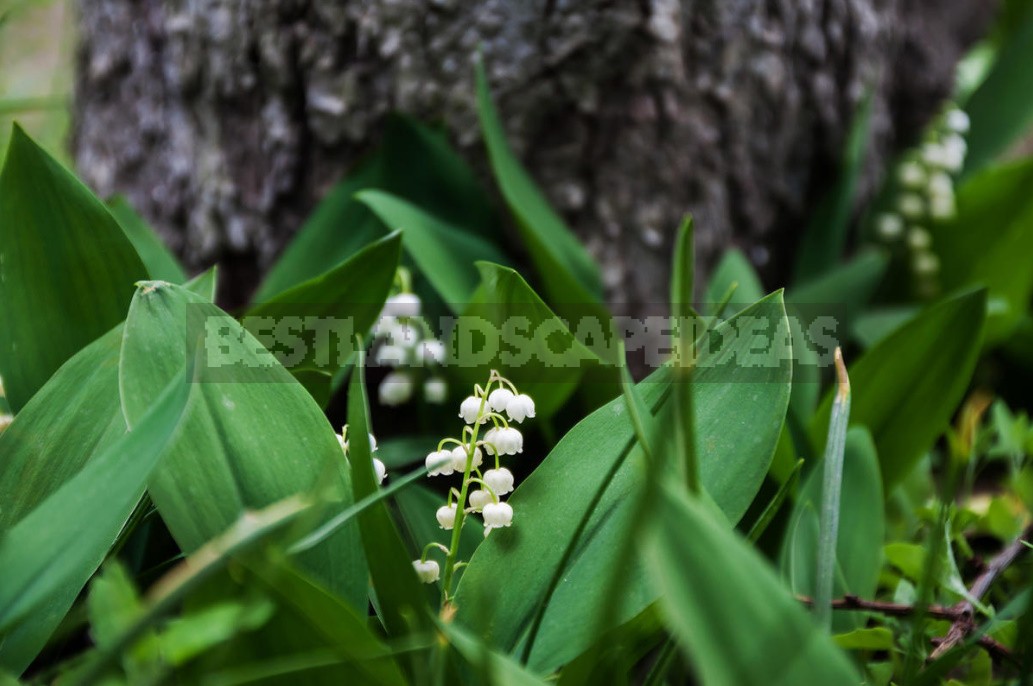 This kind of shade is found in areas where there is only morning or evening sun, for example, on the East and West sides of the house. This light penumbra is one of the most optimal habitats for the vast majority of beautiful flowering plants.

When selecting crops for a flower garden in the shade, it is important how long their life will last, so the most interesting for growing is perennials. Imagination and hands gardener here can be created the most vivid and attractive flower beds. In partial shade, most of the recommended plants grow well. 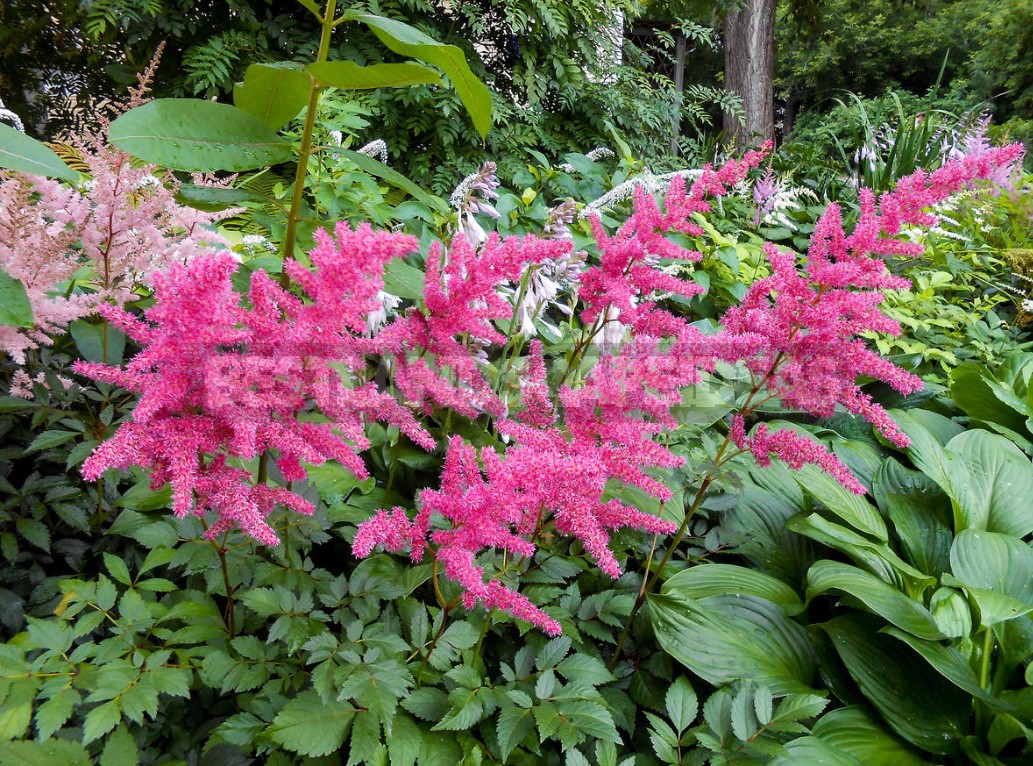 In the shade, not only the light changes, but also the microclimate. It is more humid there, which is essential for some plants. In conditions of dense shade, the temperature is usually lower in summer than in open, highly illuminated areas, and, very important for plants, a smaller daily temperature difference.

Humidity of air and soil is higher here, as they are less heated. In addition, as a rule, the wind is weaker in the dense shade, and accordingly, there is less drying of the soil. Therefore, in General, the conditions here are softer. In areas with light shade and penumbra, the specificity of the microclimate decreases. There is no longer such humidity, and on a hot day the temperature is almost the same as in places illuminated by the sun.

READ  How To Plant And Care For Lagerstroemia Indica 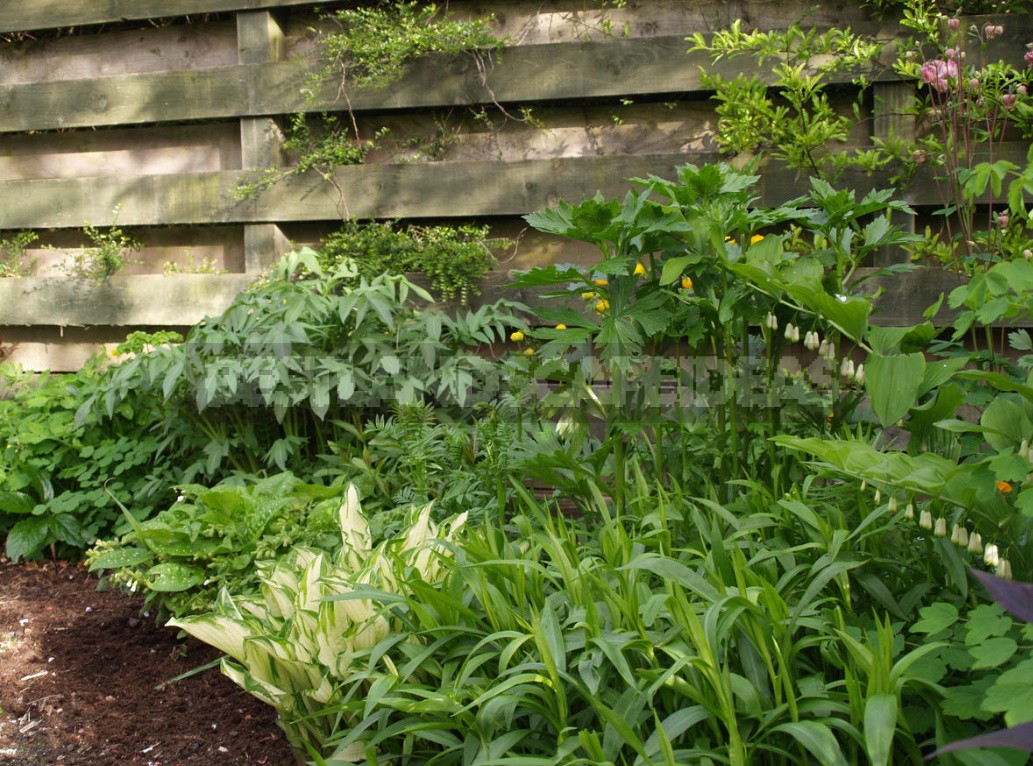 An important feature of shaded areas, located under the canopy of trees and shrubs, is the annual fall of leaves. If the litter is not removed and not dug up, it rotts during the year and forms a loose layer rich in humus and minerals. This layer is the custodian of soil fertility, the habitat of beneficial soil microflora and microfauna, it reduces the flow of moisture through evaporation, contributes to the transfer of surface runoff water in the soil protects the top soil from compaction and weeds.

The fall of trees such as Apple, pear, Linden, maple, especially stands out for its ability to increase soil fertility. The chemical properties of fallen leaves and the rate of decomposition are different in different species of trees. In addition, the fall plays a protective role in winter, protecting the grass from freezing. This is clearly noticeable in severe winters, when the flower plants, found in free places, were damaged to a greater extent than those covered with a leaf. 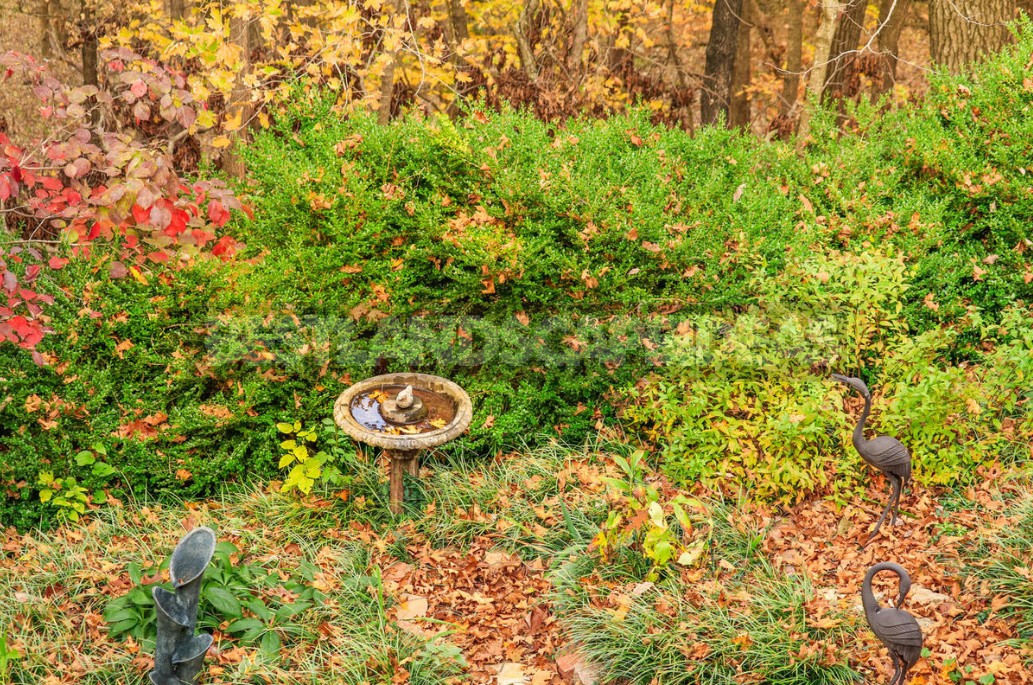 In spring, the soil under the leaf litter warms up more slowly, not so much dried up. In summer there are less daily temperature fluctuations than in the open. Therefore, if the fallen leaves are not damaged by any diseases, it is desirable not to remove them in the autumn, and in the spring to rake only from the most ceremonial flower beds, leaving in other areas until complete decomposition. 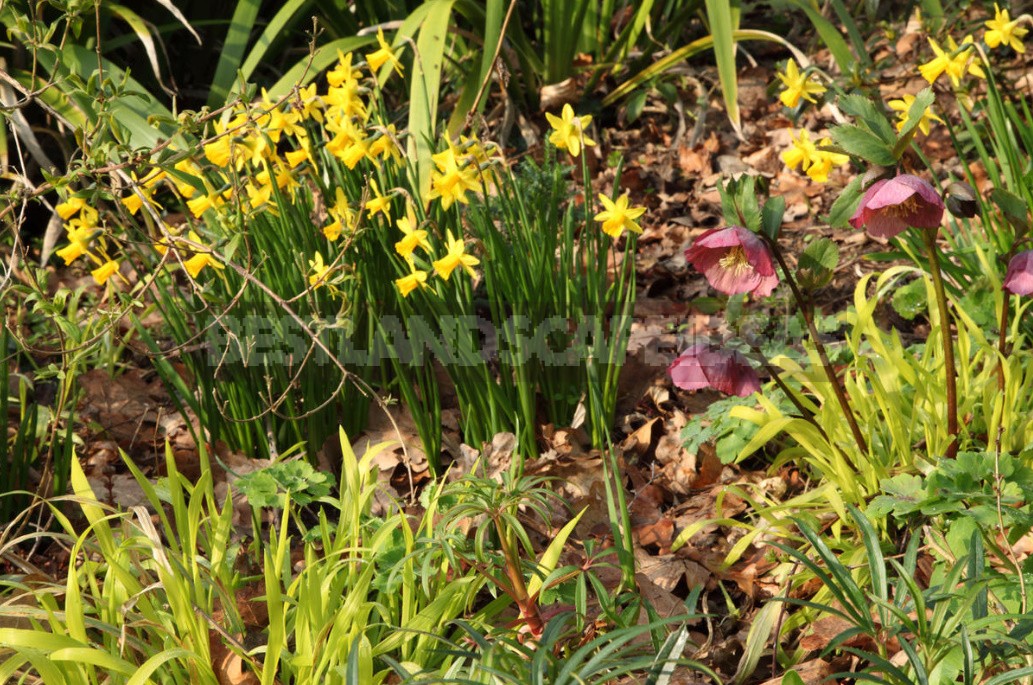 It is especially good to cover flower beds for winter with oak and Linden leaves, which prevent the development of fungal diseases, as they secrete phytoncides. It is also useful to mulch planting of flower plants with wood chips, bark, large shavings, which simulate decay. Such mulching has a beneficial effect especially on moisture-loving plants, as it protects the soil from compaction, retains moisture in it, favors the life of worms.